The Desmond file: belatedly untangling the threads that led to a murder-suicide This column originally appeared in the Halifax Examiner January 2, 2018.

One year ago tomorrow, on January 3, 2017, 33-year-old Lionel Desmond parked his car on a logging road in Upper Big Tracadie, NS, just as the sun was setting. Armed with two rifles, including an SKS semi-automatic Soviet military weapon he’d bought a few days earlier at an outdoor sports store, he made his way on foot through the woods to the modest trailer-house on the hill where his wife Shanna, his 10-year-old daughter Aaliyah, and his mother Brenda, were preparing supper. Lionel murdered them all, and then killed himself.

The reality that Desmond was an Afghanistan war veteran who’d been diagnosed with PTSD; that he was one of more than 70 soldiers and veterans who’d died by suicide after serving in Afghanistan; that he’d reportedly driven himself to the emergency room at St. Martha’s Hospital three days before seeking help (“Don’t let me leave”) he didn’t get, all transformed an horrific personal family tragedy into an urgent national debate about how we treat our traumatized war veterans.

For the first 48 hours after the murder-suicide, in fact, that was the dominant narrative in the news and on social media.

Desmond, who’d entered the military as a “happy-go-lucky guy… thoughtful… always ready with a joke,” had been dumped back into civilian life traumatized, paranoid, unprepared and un-cared for.

During his 2007 tour of duty in Afghanistan, he’d seen stuff no one should see. Six of his fellow soldiers had been killed in an ambush. Desmond himself, an infantryman, had been at the dangerous, deadly, pointy end of the military push to chase the Taliban out of the Panjwaii district in Khandahar province. As Halifax writer Lindsay Jones would later explain starkly in her excellent Globe and Mail feature about the case: “The 24-year-old rifleman’s job was to hunt down and kill the Taliban. He also carried the wounded on stretchers and collected corpses — arms, legs and heads — and put them on vehicles to take to an Afghan police station.”

Lionel Desmond returned a changed man, tortured by “the smells of dead bodies in front of me,” unable to find the help he so clearly needed within the military. The murder-suicide, therefore, was the inevitable result of a systemic failure by our government to respond to the needs of returning veterans.

But, as is so often the case in our super-kinetic, on-off/yes-no/good-bad social-media-driven world, a counter-narrative quickly emerged.

Lionel, who’d separated from Shanna in the fall of 2012, was a jealous, paranoid husband who questioned his wife’s whereabouts when she was at work; who once threatened have her charged with financial fraud; who exploded with rage and then sought forgiveness; who drained their joint bank account a few days before the incident; who confessed he had “problems sleeping in the same bed as my wife.”

Counter-narrative: the problem wasn’t Lionel Desmond’s PTSD. The murder-suicide was simply the logical end result of a much more common — and deadly — crime: family violence.

As Ardath Whynacht, a sociology professor at Mount Allison University, put it:

“We have to ask the question. Why didn’t he just take his own life? Where in his life did he learn that it was up to him to take the lives of the three women he was most close to?” She added: “That’s not a question that we’ll be able to answer by looking at PTSD. We can’t ignore the role of family violence here… A woman is killed by intimate partner once every six days in Canada.”

While Whynacht’s arguments were nuanced, much of what passed for debate on social media became of the polarized, zero-sum either it-was-PTSD or it-was-family-violence variety. 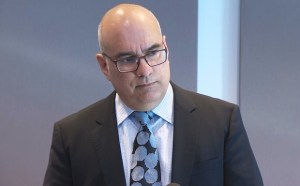 It didn’t help that Ottawa and the province dithered and buck-passed for almost a year on whether to hold an inquiry into the deaths.

Finally, last week—just a few days before the first anniversary of the deaths — Dr. Matt Bowes, Nova Scotia’s chief medical examiner, announced he was recommending an official inquiry under the rarely utilized Fatalities Investigations Act in order  to better understand how what happened happened and, more importantly, “to make our system better. I am mindful of the fact that this is an important issue,” Bowes said. “This has a scale that reaches well beyond Nova Scotia’s borders and the scale of the response to that issue does not seem to be satisfactory yet.”

While it is unlikely any inquiry will be able to untangle all the twisted threads that came together to create this tragedy, my hope is that we will all come away from it with a better understanding of life’s complexities.

That is something worth hoping for in 2018.