IWK: A Century of Caring 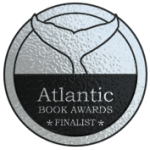 “In IWK: A Century of Caring for Families, acclaimed journalist and author Stephen Kimber relates the fascinating history of family health care in Atlantic Canada. He traces the development of the Izaak Walton Killam Health Centre from its foundation as the Halifax Children’s Hospital, to its amalgamation with the Salvation Army’s Grace Maternity Hospital, its official merger with the Grace Maternity health centre, and its current role as one of the region’s leading health-care facilities. Kimber’s narrative style means telling the history through the people that have helped make the IWK what it is today—a family-oriented health centre and a fundamental part of Atlantic Canada. Full of candid anecdotes, memories, and case studies that depict the hospital through the eyes of its patients and patrons, and illustrated with 50 photographs, IWK is an engrossing and inspiring portrait of a storied institution.

From the Halifax Chronicle-Herald review:

Stephen Kimber “has produced an engaging, sound, and surprisingly frank account of one of Halifax’s most respected public institutions. He builds the tale upon fascinating personal vignettes, told well in a most readable, conversational style. Buried in the book one can also find a few controversial episodes presented in a balanced and sensible fashion.”