Doctor, doctor, who needs a doctor? 42,198 Nova Scotians and counting… This column first appeared in the Halifax Examiner December 18, 2017.

Nova Scotia has a doctor problem. Perhaps lack-of-doctor might be more accurate. And “crisis” is certainly a more apt description than the mundane problem.

According to the province’s one-year-old “Need A Family Practice” list, 42,198 Nova Scotians — 4.6 per cent of the province’s population  — are currently officially listed as looking for a doctor. That number is up from 25,000 in March, and 33,000 in July.

As apocalyptic as those numbers may seem, Statistics Canada’s stats are even more appalling. They show more than 100,000 Nova Scotians actually need — but can’t find — family doctors. (Why the discrepancy? One possible explanation: a Dartmouth senior told the Chronicle Herald  “he’d made over 20 attempts over a few days [in November]and kept receiving a ‘system overload’ message from the provincial service.”)

And it is only getting worse. In November, 4,314 names were added to the need-a-doctor list, while just 2,018 were listed as having found one, meaning twice as many were added as subtracted during the month, meaning…

The Nova Scotia health authority’s physician resource plan officially estimates it needs to recruit 51 family doctors a year just to keep up with demand. Last year it fell short, and while officials claim they’re on track for 2017-18, even deputy health minister Denise Perret concedes: “We think we need [the target] to be higher.”

No kidding. Other figures show 55 per cent of the province’s doctors are over 50, and 40 per cent of doctors in Dartmouth have indicated they plan to retire within 5 years.

To make all that senselessness make even less sense, Nova Scotia’s College of Physicians and Surgeons  in 2015 shuttered a program designed to help immigrant doctors qualify to practise in the province. During its 10-year existence, the Clinician Assessment for Practice Program (CAPP) allowed over 100 physicians to work in under-serviced areas, 99 per cent of whom then qualified for their medical licences.

When it capped the CAPP program permanently, the college claimed it “no longer represent[ed] best practises.” But Dalhousie University’s medical school says it won’t  even be ready to roll out a replacement program until next year — three years after the closure of CAPP. And that program, when it launches, won’t allow specialists to qualify. 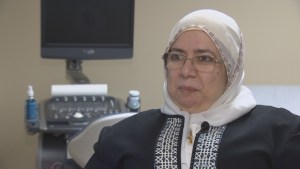 Which means that Dr. Layla Abouellail, a Kuwaiti-trained obstetrician-gynecologist and a fellow of the Royal College of the United Kingdom, will continue helping out in “an entertainment ultrasound clinic for women who want to see 3D images of their babies” instead of doing what she was trained to do. Her husband, Dr. Amr Nassrat, another obstetrician-gynecologist, has become a real estate investor and landlord after he wasn’t allowed to practise in Nova Scotia. 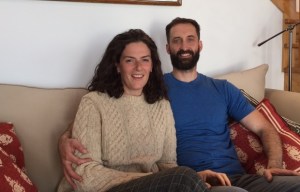 Meanwhile, German anesthesiologist Dr. Erik Steffen, who wants to move to the province with his Nova Scotia-born wife, won’t be able to — even though the health authority itself lists vacancies for anesthesiologists in Halifax, Truro, Amherst and Bridgewater. While other provinces allow specialists like him to at least practise under provisional licences while they work toward certification, Nova Scotia’s college of physicians says no.

“What I worry about most is public safety,” the college’s registrar, Dr. Gus Grant, told the CBC.

What I worry about most is how public safety will be protected if a trained anesthesiologist isn’t available for a critical operation.

It’s not that most officials don’t recognize we have at least a problem. And maybe a crisis. As health authority president Janet Knox conceded to reporters last week, “we have a major problem [with doctor recruitment] that we are saying is job one for the health system of Nova Scotia.”

The larger issue is the lack of political leadership to tackle the crisis.

Where’s Stephen McNeil when we need him?

After a vote-shifting public healthcare debate almost derailed McNeil’s march to a second straight majority government during last spring’s provincial election campaign, our premier did have a brief, nano-second, Saul-on-the-road-to-Damascus conversion. “We heard about health care,” he acknowledged after the votes were counted and promised new health-related initiatives in his fall budget.

Instead, he added just $6.2 million more to the $4-billion-a-year healthcare allotment in his September budget, bringing what NDP leader Gary Burrill called “a garden house to a house fire.”

With his government’s popularity tumbling to its lowest level since it was first elected in 2013 in the latest poll numbers released last week, you’d like to believe Stephen McNeil would take a few moments between the turkey and the rum pudding this holiday season to reflect on what voters are telling him.

You’d like to believe… But then, you used to believe in Santa Claus.

Merry Christmas to you too!