Stephen Kimber > Freelance > Halifax Examiner > Since none of the…

Since none of the above is on the ballot… 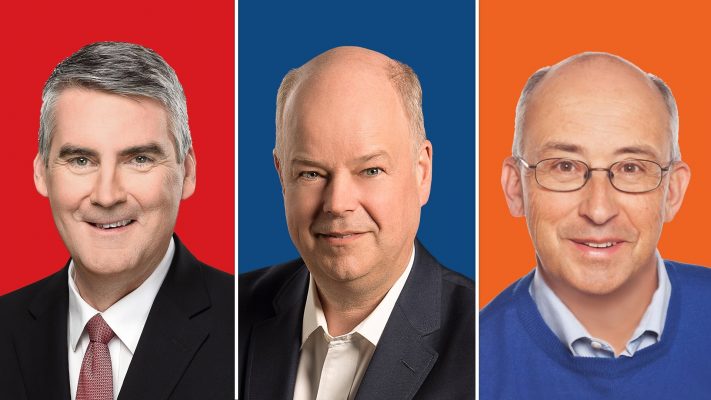 This column originally appeared in the Halifax Examiner May 29, 2017.

Who would you like to see win tomorrow’s provincial general election?

If you answered none of the above to either — or both — of the above, welcome to the club. And perhaps welcome too to that more select group — the none-of-the-above-but-definitely-not-Stephen-McNeil club — which Progressive Conservative leader Jamie Baillie is desperately wooing in the last hours before we vote.

During last week’s CTV leaders’ roundtable, Baillie said he detected “a great desire for change,” that “people are not happy with all the chaos of the last three years.” And then he issued this direct appeal: “For those people who are undecided or leaning to the NDP, I am asking them to take a look at us because we share the same goal.”

At a gut-check level, Baillie’s pitch takes direct aim at the gnawing fear among many voters that if the anyone-but-McNeil club doesn’t coalesce around one or the other of the two opposition parties, McNeil’s Liberals could not only slip up the middle and back into power but could also — heaven forefend! — even end up with another McNeil no-one-can-stop-me-now majority. 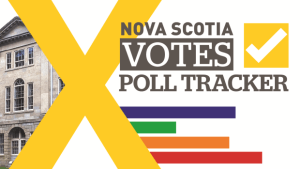 The latest opinion polls do indicate a tightening race. Baillie’s Progressive Conservatives are the primary beneficiary of voters’ rush to the Liberal exits, though the NDP has also improved — marginally — its poll numbers during the campaign.

The Liberals, of course, still lead both the Tories and the NDP, and they are — in the lumpy  popular vote calculus that doesn’t account for what might actually happen in the weeds of every one of the province’s 51 cantankerous constituencies — still in theoretical, scary majority government territory.

So Baillie’s idea has its appeal.

But Baillie’s appeal is less a call for strategic voting — voting for the individual candidate most likely to topple a Liberal in a particular riding — and more a blanket ask for NDP and progressive independents to abandon their traditional values and vote for him in order to rid our governing world of Stephen McNeil.

There is much wrong with that approach, but let’s start with a question: who is Jamie Baillie and where does he really want to lead us?

That seems to depend on which Jamie Baillie we’re talking about. In the 2013 campaign, Baillie was in full-on Stephen Harper mode, promising to dramatically reduce the provincial civil service, cut the HST, eliminate corporate taxes on the first $500,000 of income… in other words, he was all in for cutting our way to prosperity.

Or consider Baillie’s view of collective bargaining. In 2012, after talks broke down between Halifax transit workers and the city, Baillie told reporters the premier should lock both sides in his office, “tell them they’ve got 12 hours to work out their differences and if they’re not able to do so, then he’ll settle it himself.”

Somewhere between Stephen Harper’s federal defeat and Stephen McNeil’s blundering from one self-created crisis (Seniors’ Pharmacare) to yet another self-created calamity (the film tax credit debacle) to one more self-created disaster (his treatment of teachers), Baillie re-discovered the progressive in Progressive Conservative.

He toned down the cut-everything rhetoric and became a vocal and widely respected advocate for the province’s film industry, for example, argued for greater support for victims of sexual assault, spoke eloquently about the need for better mental health policies and promised he would (without saying how) negotiate a new deal with public sector workers.

In this campaign, Baillie — always smart, and engaging one to one — has emerged as a kinder, gentler… Stephen McNeil.

But the question is whether Baillie — in the long tradition of political party leaders who campaign from the left and govern from the right — has been truly transformed, or has merely delineated what he believes is a clearer path to power. If that’s the case, we could still end up with a same-old, same-old Stephen McNeil/Jamie Baillie neoliberal, regressive conservative provincial government.

We should be careful what we wish for.

And what of the NDP, the party Baillie wants you to abandon?

The party clearly still carries deep scars — internal and external, legitimate and illegitimate — from its one and only term in office.

When Metro reported last week that current NDP leader Gary Burrill had called Baillie’s appeal to NDP voters to switch to the Tories “desperate opportunism” — the Facebook blowback had less to do with Baillie, or Burrill, and more to do with Darrell Dexter.

“I wouldn’t be so quick to judge, Mr. Burrill,” posted one reader. “Just take a look at Mr. Dexter and his record. Vote Conservative. I am.”

But Gary Burrill is no Darrell Dexter. He’s more a preacher-activist-progressive populist in the Bernie Sanders mode than a pragmatic, middle of the well-driven road, small-l liberal like Dexter. During the Dexter era, in fact, Burrill was among a small number of NDP backbenchers, including Howard Epstein, now Burrill’s official agent, frozen out of cabinet and marginalized by the party’s inner circles.

But as party leader, Burrill — unlike Dexter — has not made impossible-to-keep promises he could both balance the books and also maintain programs. Burrill isn’t even hiding behind the standard-political-response pledge: we’ll balance the books by the end of our first term.

That’s because Burrill sees the role of deficits — and the social role of government — very differently than Dexter — or Baillie, or McNeil.

That probably won’t help him get elected premier tomorrow. The party is still carrying too much baggage from its time in government, and Burrill himself remains unknown to most of the electorate.

But does that really mean you should vote for your local Jamie Baillie wannabe?

Or does Baillie belong in that be-careful-what-you-wish-for box.

My own hope for tomorrow is that we end up with a minority government of any stripe — an outcome that would more accurately reflect our pox-on-all-their-houses current collective angst.

Besides, our best governments in the last two decades have been minority governments in which all the parties were forced to compromise and work together in order to get anything done.

How do we get there?

Certainly not by abandoning our principles in a way that could inadvertently give us a Tory majority.

Real strategic voting — casting your ballot for the non-Liberal in your constituency you think has the best chance of winning that particular riding — is one option.  Voting for the best individual non-Liberal candidate in your riding — and letting the broader universe reveal itself as it will — might be even better.

Since none-of-the-above won’t be on the ballot tomorrow, we need to look for the least worst option — and hope.