Four more years… but what might have been instead 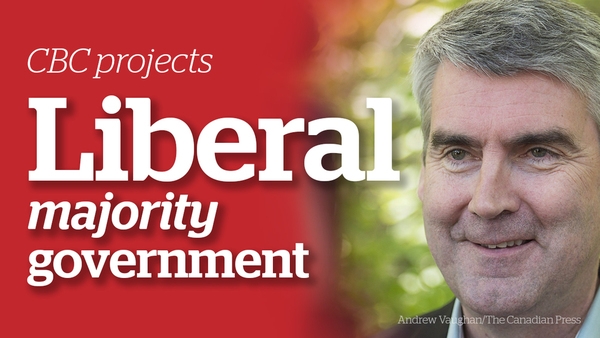 This column originally appeared in the Halifax Examiner on June 5, 2017.

For me, the sweetest, saddest moment of last Tuesday’s election night lasted not much more than a moment. And it didn’t happen until the tail end of the first hour of Wednesday morning.

Sometime after midnight, I gave up on the TV broadcast. At that point, the CBC decision desk still couldn’t say for certain whether we would have a minority or majority government, only that it would be Liberal. Although they’d been repeating that like a mantra since 9:35 pm, I’d continued to binge-watch/wait in hopes I’d get the answer to that critically important last question. Finally, one or the other of Tom, or Amy, or Paul, or Graham — or perhaps all of them in chorus — declared one too many times it wasn’t over yet.

They said that because… well, because there was nothing else left for them to say. Time for bed. 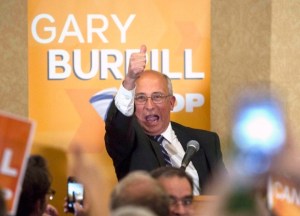 I’d already heard Gary Burrill make his great-night-for-the-NDP concession/victory speech at a time when it looked like his party would end up with eight or nine seats, and hold the balance of power in a minority government. He told his cheering supporters he would support whichever of the two other parties was prepared to commit to “investing in people.” 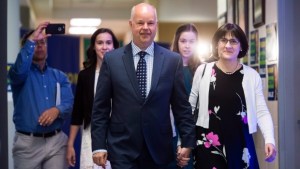 I’d watched too as Jamie Baillie stood with his wife and two daughters at the podium in Springhill drinking in the chants of “Jamie! Jamie!” Baillie already knew he would not become premier on this night, but it was also clear he and his party had done far better than the early polls forecast, and… well, after a year or two of a Liberal minority, there would be another election and then, who knew…? In the short term, he declared with some certainty, there would need to be “major changes” in whatever budget Stephen McNeil’s Liberals brought forward now, with more resources for health care and mental health and…

I reluctantly snapped off the set, went upstairs. I would find out what finally happened — and what it would mean — in the morning. Like the rest of the sane world.

But when I got to the bedroom, I had my iPhone in my hand. It had the CBC Radio app on it. I could listen to the live coverage… just check-in one last time before sleep. Why not?

The first sound I heard was the muffled skirl of a bagpipe. The CBC radio host, Don Connolly, explained to his listeners that Stephen McNeil had just entered his curling rink headquarters in Bridgetown and would soon address the crowd and the province, even though the final majority-minority outcome was still in doubt.

As I listened to the cheers and imagined the scene — the premier, like Baillie, surrounded on stage by his family — CBC news announcer Sandy Smith cut in. There’d been yet another change in the party standings, he said, and Stephen McNeil’s Liberals were now in “majority territory.” 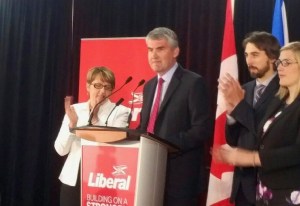 Stephen McNeil, sounding only slightly shell-shocked, had begun his speech. Within seconds, it was clear he wasn’t aware of what had just been announced. He was giving his minority government speech. “Democracy at its best…” It was like we had been thrust into the middle of a movie in which the audience knew a critical piece of information the actor on the screen did not. McNeil declared he was grateful for the support he and his party had received, but he understood too that many Nova Scotians had also given “Jamie and Gary” — Jamie and Gary! — “support for their vision. I accept that, and I will work with them to make this province all it can be.”

It was a sweet/sad moment, a moment about the pragmatic, collaborative minority government that might have/could have been… if not for a few hundred votes here or there in just a few critical ridings.

And then the moment was over. Four more years…