Questioning the developer-donation-councillor connection ‘an insult to my integrity’ 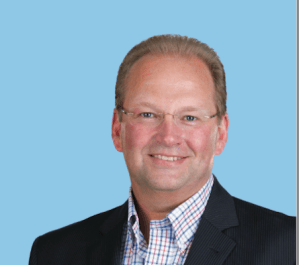 (This column originally appeared in the Halifax Examiner April 3, 2017)

Let us now insult Steve Streatch and impugn his integrity, and while we’re at it, let’s do the same to some of his councillor colleagues.

Streatch represents District 1, a sprawling, suburban-rural Waverley-Fall River-Musquodoboit Valley constituency. It is far from central Halifax. Central Halifax is where Armco Capital Inc., one of the city’s biggest developers, proposes to erect a hugely high-rising condo tower overlooking the Common.

Despite that, for reasons that may become clear, Streatch was in high dudgeon last week about the Armco project and the controversy that swirls around it like a wind tunnel.

The latest twist? The Willow Tree Group, a citizens’ lobby that opposes both the developer’s original 29-storey proposal and also city staff’s slightly modified 20-storey variation on the same theme, politely asked councillors who had accepted donations from the developer (many of them) to recuse themselves from further discussion of the project.

That, declared a suitably chagrined, shocked and appalled Streatch, “was an insult not only to my integrity but to that of my colleagues and to the process.” Flushed with his own indignation, he continued: “When you are elected and when you take your oath of office,  you swear allegiance not only to the municipality but also to the Queen.”

“I take that very seriously and to have anyone suggest otherwise is a real affront to my integrity.”

But let us remember that the offended aforementioned Mr. Stretch accepted $1,000 from Armco to feed and clothe his 2016 municipal election campaign, and willingly received a similar sum in his losing effort in 2012. (In that race, his equally pro-developer opponent also scored $1,000 from the equal opportunity Armco. In fact,  Armco contributed $16,500 to 14 candidates, including mayor Mike Savage that year.)

And then let us connect the dots between the voices of some other councillors still stridently supporting the long since discredited 29-storey version of Armco’s proposal at last week’s council meeting and Armco’s previous largesse to them. 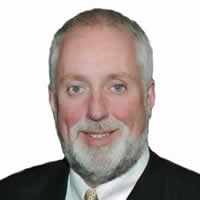 “If you ask me,” District 2 councillor David Hendsbee declared of the staff report recommending the project be capped at 20 storeys, “this is a disservice to the opportunity for the developer. I would not handicap this at 20 storeys.”

Bill Karsten, the councillor for District 3, demonstrated his convoluted mathematical reasoning by claiming that, “if the step up and the setback is accurate and correct, there is no difference between a 20-storey building and a 29-storey building.” 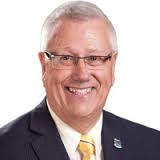 Karsten received nothing from Armco in 2016, but that’s because he won by acclamation. In the contested race in 2012, when more than half of his campaign contributions came from developers, Armco contributed $1,000.

This could, of course, all be just another convenient collision of self-interest and public interest. There is no evidence of any play-for-pay collusion in any of this. But there is… well, a whiff and a waft of… je ne sais quoi.

What can be done to clear this fetid air?

“I think if they weren’t accepting donations [from developers], no one would be questioning their integrity,” Janet Stevenson, a member of  the Willow Tree Group, quite logically told Canadian Press. “It’s a very easy fix — don’t accept donations.”

But that, of course, is easier said than done.

Consider that, back in November 2014, Mayor Mike Savage — himself the beneficiary of many developer dollars during this record-setting 2012 election fundraising — called for a staff report on municipal campaign finance reform, including donation and spending limits.

In May 2016, the provincial government, which controls such municipal matters, actually passed legislation giving the city power to create its own campaign funding rules. But, for some reason, city council couldn’t get its act together in time to change anything in time for the 2016 election.

So all that was required — again — was a post-election disclosure form, showing who gave each candidate how much money over $50. No limits on who gave, or how much they contributed. No auditing of the filings. No penalties for failure to comply.

Will those rules be in place in time for the next election in 2020?

In the meantime, development goes on. Last Tuesday, council voted to send Armco’s 20-storey proposal — which still “disregards” 10 city bylaws, according to the Willow Tree Group — to a public hearing.