Stephen Kimber > Freelance > Halifax Examiner > The judge and the…

The judge and the child abuse registry case: common sense among the Catch-22s (This column originally appeared in the Halifax Examiner April 10, 2017)

During a week filled with chemical attacks and cruise missile strikes in Syria, and a government’s cynical, Saul-like conversion to compassion on the way to an election closer to home, we must savour any small spark of common sense where we can find it.

I found mine reading “Court Watch,” law student Christina Macdonald’s always fascinating, inevitably insightful column about “what she finds notable or interesting” at the courts that week. (Macdonald’s column is yet another reason to subscribe to the Examiner… but I digress.)

Near the end of last Wednesday’s Court Watch, Macdonald offered an intriguing gem of a story under the heading: “29 years later, father who served seven years for manslaughter of son has name removed from Child Abuse Registry.” 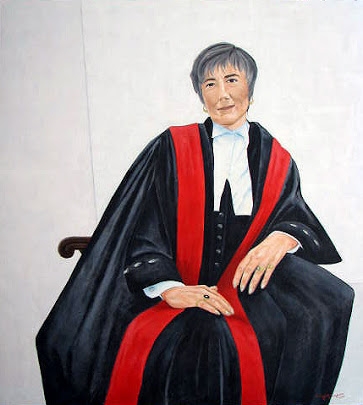 The story focused on a 30-page decision by Justice Beryl MacDonald concerning an application by a man to have his name removed from the province’s child abuse registry. It is, Macdonald noted, a “complex decision” but one that is also “really interesting.”

It is. What was especially interesting to me were the times when Justice MacDonald stepped outside the usual boundaries of case law and legalese in order to offer a personal human reflection on a case that is all too human in a legal system that is all too rarely.

The back story begins in the 1980s when a then 21-year-old G.A. — as he is described in court documents — began a tempestuous relationship with a young woman. They were, the judge writes “both immature and were known to physically lash out when frustrated.”

After they had a son, they found themselves on the radar of Halifax Children’s Aid Society. They had “regular contact” with social workers and, on occasion, the child was removed from their care. The judge reports both parents hit their son from time to time and “were not often honest about what was happening in their life.” Writing later about G.A.’s occasional untruthfulness as he rationalized what happened in his life, the judge confesses: “I understand that phenomenon. Sometimes we want to shield ourselves from events we do not want to remember.”

In May of 1987, after an argument between the couple, the woman went into the bedroom where their 19-month old son was crying. “She lost her temper and forcibly struck the (child) with a karate-type chop to the midsection.”

The woman says she told her partner what she’d done. He claimed she didn’t; he thought the child was suffering from the flu. But he admitted he didn’t take the child to the hospital even as his condition worsened because he feared “the child might be taken from their care as he had been earlier.” The child eventually died.

Initially, both parents were charged with second degree murder, but he was convicted only on the lesser charge of manslaughter “because he did not get medical treatment for his son.”

G.A. served seven years in prison and his name was ordered placed on the child abuse register. 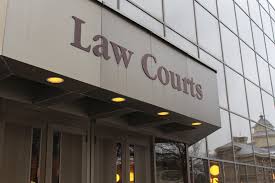 G.A. — who is now 50, has had no further involvement with the criminal justice system and has now been in an apparently non-violent relationship with a woman for five years — applies to the courts to have his name removed from the registry. The ministry of community services objects, claiming he is still a danger but providing no evidence of that danger because, under the rules of this game, G.A. is the one who has to prove his name should be removed.

He must, as the judge notes, “prove a negative.”

This is where it gets interesting.

During his time in prison, the judge reports, “G.A. incurred no disciplinary charges… upgraded his educational level from grade 10 to grade 12, had his work performance described as excellent, attended a 12-week life skills course, and completed a cognitive skills course.”

Despite that — and despite a number of pre-parole assessments by psychiatrists and psychologists that, although “cautious” about potential anger management issues, made the point G.A. “seemed intent on making a life for himself in the community and doing so without crime.” Noted one psychologist: “I did not see him as a significant risk.”

But the author of his actual pre-parole report — who, the judge notes, was neither a psychiatrist nor a psychologist — concluded that “as a minimum, this offender should be prohibited from entering into relationships where young children are present… The emphasis must be on control rather than treatment.”

After his release from prison in 1996, that report would become the go-to basis for community services to jump in whenever G.A. attempted to begin a new relationship with any woman who had children. “The women involved were told their children would be taken out of their care by the Minister if they allowed G.A. to continue to live with them.”

Ironically, one of the reasons community services now clams G.A. cannot be trusted and why his name needs to be kept on the registry is that, as it told the court, he has not “provided information about any time he might have spent with young children.”

“Because G.A will not admit the role he played in his child’s death in the way assessors and the minister require (my emphasis),” the judge writes, “his efforts to explain himself are viewed as rationalizations. His failure to accept the labels others have used is accepted as evidence about his lack of emotional control, of his impulsiveness, of his untrustworthiness, of a likelihood he will be involved in episodes of domestic violence and harm or fail to protect children… He could not admit what they wanted him to admit.”

Of course the reality is that G.A. was found “not guilty of ‘unlawfully causing the death’ of his son. He was found guilty of manslaughter because he did not get medical treatment for his son. But those who have dealt with him do not make this distinction,” MacDonald writes. “To them he just made excuses and a jury believed him. They want him to admit ‘his guilt’ but this is not a guilt he can admit. I understand that.”

Those last three words — “I understand that” — are especially intriguing. It is not possible to parse what the judge intended, of course, but consider this haunting backdrop to the last more than two-and-a-half decades of criminal justice in Nova Scotia: Donald Marshall, Jr., a young Native man, spent 11 years in prison for a murder he did not commit, in part because he refused to acknowledge his “guilt” in a way assessors and the minister require.

Justice MacDonald doesn’t sugar coat. G.A. “does not present with a kind, compassionate, loving personality. Life is ‘all about him and his needs.’ But this does automatically lead to the conclusion that there is a ‘real chance of danger’ that he will cause harm to others or fail to protect a child.”

The last line of her decision: “His name is to be removed from the Child Abuse Registry.”