The way politics works — and doesn’t — in Nova Scotia

Lest we forget the last four years…

(This column originally appeared in the Halifax Examiner March 13, 2017)

I got a call the other evening from an earnest young telemarketer person, urging me to pony up cash so the New Democratic Party could wage glorious, seat-re-gaining war in the coming provincial election, which he suggested — with even greater earnestness and urgency — the party is expecting to be called “any day now, a month at the outside.”

The reality, of course, is that no one — except maybe Stephen McNeil, and perhaps his private pollster — knows for sure when the premier will be going to the lieutenant governor and we’ll be going to the polls. 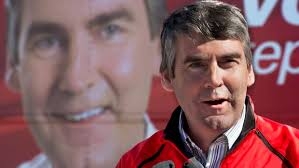 I’m guessing McNeil will call the legislature back into spring session, present a fantasy budget and call the election before anyone can ask too many rude questions. But I’m only guessing. As are the province’s legislature reporters, who must try to figure out when to book their summer time off so they won’t be caught vacationing in Victoria when the writ drops.

That’s because Nova Scotia is the only province in the country without legislation to set provincial election dates. The province’s chief electoral officer suggested such legislation in a 2015 report. Stephen McNeil even supported the idea before his Saul-like reversion to the status quo on the road to what he hopes will be his own re-election.

That’s the way these things work in Nova Scotia.

Consider the egregious wrong the former NDP government foisted on the electoral map on its own way out the door in 2013. Hoping for electoral advantage that didn’t come, the NDP ordered an “independent” commission to redraw three predominantly French “protected” ridings.

In January, the province’s appeal court confirmed the NDP law violated the charter of rights.

Before we vote again, the Liberals can — and should — re-re-draw those boundaries fairly. But…

Although the Liberals accepted the spirit of the court’s decision, they’ve also made it clear they don’t necessarily feel bound to right those wrongs before the next election, even though they don’t have to call that election before October 2018, a year-and-a-half away. That’s partly because this time, the perceived electoral advantage belongs to the Liberals, and partly because the process of changing the boundaries could limit McNeil’s unfettered right to call the election when he alone sees fit.

That’s the way these things work. And why the system rarely does.

So, without new legislation to set election dates or fix boundary wrongs, the Liberals have pretty much run out of accomplishment and agenda — and steam — for this mandate.

Last month, the province’s 9,000 teachers were unilaterally contracted back to their classrooms. With Liberal luck, this school year will end with celebratory proms and hopeful valedictories. With summer on our minds, we — if not the teachers — will forget this winter of their discontent long enough to vote Liberal again.

By late spring, the Liberals hope time will also have photo-faded our memories of the worst of the government’s disastrous first-term missteps, including the film tax credit fiasco and the seniors’ Pharmacare screw-up.

By spring, they pray recollection of the millions we have already poured into Yarmouth ferries that ferry no one nowhere will also disappear in the wake of the government’s renewed heady optimism for a better season ahead… and before the news — still more losses — comes home to dock in the fall.

The one last piece of legislation this government has on its plate, of course, is Bill 148 — the Public Services Sustainability Act — which it pushed through the legislature in 2015 and with which it can still pummel the rest of the unionized public sector into government-mandated-wage-and-benefit line. But it would rather not proclaim it. That’s partly because it doesn’t want or need to provoke yet another confrontation with organized labour in the lead-up to an election, and partly because the continuation of the public sector compensation status quo allows the government to both claim credit for being tough on unions and also — temporarily at least — put some polish on the government’s finances… while leaving the really tough decisions for early in the Liberal’s next hoped-for mandate.

That’s the way these things work. And why Nova Scotia doesn’t.