The politics of economics 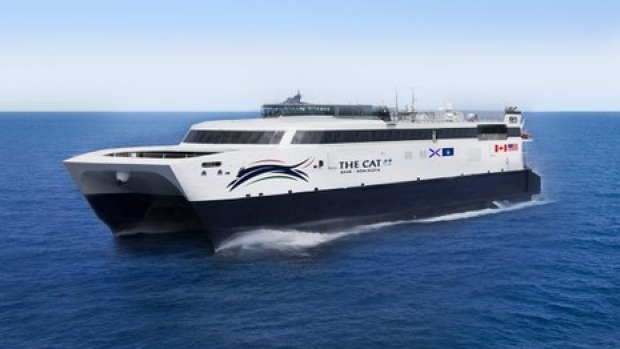 This column originally appeared in the Halifax Examiner on September 18, 2017.

(It’s worth noting that Tim got his numbers from that’s-public-information-you’re-entitled-to-know-so-here-you-go Portland, Maine officials and not from our own who-are-you-and-what-right-do-you-have-to-ask-how-your-tax-dollars-are-being-spent buttoned-up Nova Scotia government bureaucrats. But I digress…)

The point is that the number of passengers taking the ferry so far this season — 32,026 — represents only a marginal uptick over last year’s disappointing numbers, and doesn’t come close to the “very conservative” estimate of 60,000 passengers a year the province itself had estimated the ferry would need to be viable.

During a March 2016 public accounts committee hearing, Tim reminded us, a Tory MLA had asked one provincial bureaucrat whether “there [was] any number where somebody in the department said, ‘this will be too expensive.’”

To which Tim responded: “I would argue that (cost-benefit) should be the test for all public economic development projects in Nova Scotia: What price is too much?”

Tim is right, of course, but even a logical answer to that logical question represents only one small ­— and often inconsequential — part of Nova Scotia’s usually illogical political decision-making calculus.

Let’s travel back in political time to the fall of 2009 when the then-newly elected, still-flush-with-the-promise-it-might-possibly-govern-differently NDP government of Darrell Dexter turned off the ferry subsidy tap.

It was about time. The number of passengers taking the ferry had been in freefall for close to a decade. Head counts had peaked at 165,000 passengers in 2002. By 2009, only 75,000 fare-paying customers willingly paid their fare to sail on the CAT. The then-Tory government, which had subsidized the service to the tune$1.5 million a year in 2006, had been forced to shell out another $6 million just to keep the ferry afloat through 2008.

The vessel’s operators asked the new NDP government for an even bigger subsidy to keep sailing. The Dexter government said no. And the CAT didn’t come back.

It was the right business-case answer but the wrong political-reality response. Cancelling ferry service was politically explosive in southwest Nova Scotia, which believed it needed even declining ferry tourism revenues to survive.

Flash forward to 2012. Dexter’s NDP, its own popularity now also in freefall and desperate to save its political skin, appointed an “expert panel” to study the viability of re-establishing a U.S.-Yarmouth ferry. The experts concluded “a re-established ferry service between Yarmouth and Maine could become commercially viable, but viability hinges on being able to build passenger traffic back at least to the [2002] level.” That level, you’ll recall, was 175,000.

The NDP bulled past that rather significant caveat and struck a broad-strokes pre-election deal with Nova Star Ferries to resume the service in 2014. Its hail Mary didn’t help. The party was crushed in the 2013 election, including seeing its support pancake in southwestern Nova Scotia.

Did it take the opportunity? No. Instead, it quickly translated the NDP’s agreement in principle into an actual contract with Nova Star. Even so, the government acknowledged it would have to shell out $21 million over the next seven years before the service could break even.

But then the company ploughed through all $21 million — and more— in just its first season.

So… Did the Liberals then finally ask themselves, how much is too much?

After a second even worse season of pouring cash into the ocean, the government gave up on Nova Star — but not on the political benefits of the ferry service — and plunged into another deal with yet another operator, this time promising Bay Ferries an ongoing, open-ended subsidy that could reach $100 million over the life of its 10-year contract. With no reasonable expectation the service will ever come close to breaking even.

“What price is too much?” Tim asks.

The answer, unfortunately, won’t be found in any rational economic cost-benefit analysis.

It will be found where it has always been found in Nova Scotia politics — in the political vote calculation.

And that’s ultimately on us.