Stephen McNeil could learn a thing or two from Fidel Castro 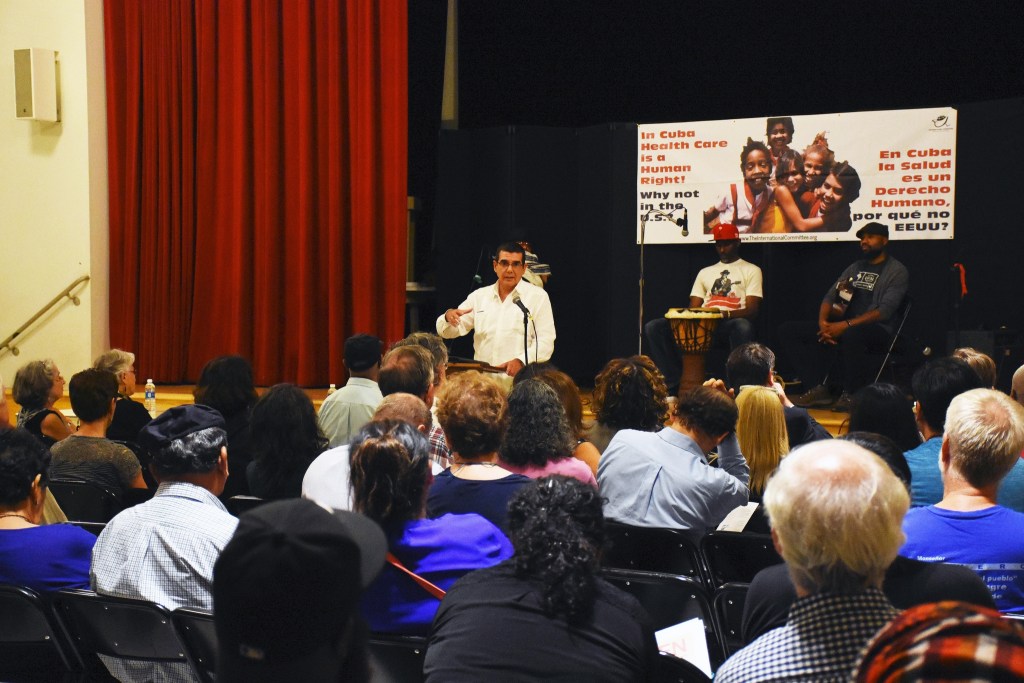 This column originally appeared in the Halifax Examiner on September 25, 2017.

My wife and I recently spent a week in Washington, D.C., advocating for an end to the failed, 56-years-and-counting U.S. blockade of Cuba. We were with a group that included American, Canadian, and European activists, a renowned Cuban pediatric oncologist, a North American representative of Cuba’s main people-to-people friendship organization, the head of a Cuban youth group, and five bright young American doctors who’d been trained at Cuba’s famed Latin American School of Medicine and were now beginning their own careers back in the United States.

We visited Congressional offices and attended a series of public events at D.C. universities, churches, libraries, and community centres to raise awareness of the blockade and its impact.

Our focus this year was on health care. We talked about how the blockade affects citizens in both countries. Cuba can’t buy critically important medicines, for example, because the blockade means U.S. companies, including their foreign subsidiaries, can’t sell them to Cuba. At the same time, Americans can’t get access to innovative and proven Cuban-developed, life-saving, life-altering drugs — including ones for diabetes and lung cancer — because the blockade blocks them from being imported into the U.S.

Given that Americans are currently embroiled in their own ongoing, bizarre-to-a-Canadian debate over the future of health care — Obamacare/repeal Obamacare/repeal and replace Obamacare/Bernie Sanders plan/Lindsey Graham’s non-plan… you know the drill — we also spent some time talking about Cuba’s very different approach to the health of its citizens.

What does any of that have to do with Nova Scotia?

I’m coming to that.

At the time of its 1959 revolution, most of Cuba’s 6,000 doctors were concentrated in Havana, and half of them decamped to Miami after Fidel Castro assumed power. There was just one medical school and one rural community hospital for the entire country. Rural infant mortality stood at 100 per 1,000 live births, and Cuba scored abysmally on most accepted population health measurements.

That’s in part because Cuba — for practical as well as political reasons — decided to focus on lower-cost, better-outcome preventive medicine instead of on expensive, technology-driven, after-the-fact disease treatment.

Every one of  Cuba’s nearly 80,000 doctors, even specialists, must train first in family medicine. There’s one doctor for every 170 Cubans (compared to one for every 470 in Canada), and the majority of them are family docs who live in the neighbourhoods where they practise, so they know their patients and their problems, social as well as medical. They even make house calls!

But Cuba has done far more than — to paraphrase Donald Trump’s nationalist cant — put Cuba first. Cuban doctors go where they’re needed — from Africa to help with Ebola outbreaks, to Haiti after earthquakes, to, well, anywhere hit by hurricanes. Earlier this month, even as Hurricane Irma was barreling on their own country, 750 Cuban doctors left the island to help out neighbouring nations trying to recover from the same hurricane. Cuba, in fact, sends more doctors to assist in developing countries than the entire G8 combined. Noted former U.N. secretary general Ban Ki-Moon: Cuban doctors “are always the first to arrive and the last to leave.” There are currently 45,000 Cuban medical personnel serving in 60 countries. 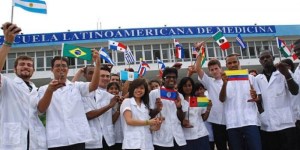 But perhaps the best example of Cuba’s medical internationalism is the Latin American School of Medicine (ELAM) — which I like to think of as Fidel Castro’s gift to the world.

After a series of hurricanes devastated Central America and the Caribbean in 1998, killing 11,000 people, Cuba — as it always did — immediately dispatched its medical brigades to help out. But Castro quickly realized citizens in those countries, who already had limited access to even everyday medical care, needed far more than disaster relief.

So in 1999 he turned a suburban Havana naval academy into a medical school — imagine that! — to train Latin American students from those hardest-hit countries to become doctors and then return to their own countries to practise in under-served communities. Significantly, Cuba did not even have diplomatic relations with these countries at the time, but saving lives trumped diplomacy.

That was the beginning. ELAM soon expanded to include students from poor communities around the world. It is now the largest medical school in the world, with 19,000 students enrolled. The school has graduated 26,000 doctors from more than 100 countries.

Even more incredible, those students don’t have to pay tuition or living expenses during their six to seven years of medical education, meaning they graduate debt free and therefore able to do the kind of people-focused medicine Cuba teaches. Their only obligation to the Cuban government is a “moral contract” to return to their own communities to practise.

All of which was bound to raise the question one puzzled Maryland woman asked during one of our last meetings. “How is it that Cuba, which is such a poor country, can afford to do all of this?”

One of the Cuban guests, the first secretary of a provincial communist youth union, answered with a long and thoughtful lesson on Cuban history. I won’t try to capture it here, but its essence could be boiled down to one word: priorities. Even before the triumph of the revolution, Fidel Castro understood Cuba’s future depended on improving the health — and education — of its citizens. After he assumed power, those became the country’s economic and social priorities for the last 58 years.

Here in Nova Scotia, our health authority says 27,757 Nova Scotians are currently on a waiting list for a family doctor. Statistics Canada says 91,800 Nova Scotians — about 10 per cent of the population — don’t have a regular health-care provider. Despite those realities, the provincial health department last year under-spent its budget by $27.6 million.

So Stephen McNeil’s Liberal government could brag that it had recorded a $150-million budget surplus for 2016-17.

It really is all about priorities.

During the time I was in Washington, new census data was released showing Nova Scotia has — still — the worst rate of child and youth poverty in the country. Quebec, which boasts a significantly lower rate of child poverty than Nova Scotia despite the fact it has lower median household incomes, provides for universal childcare for its citizens.

Asked about that, our provincial community services minister, Kelly Regan, responded: “Of course that would be something we’d love to do but at this time it’s just simply not feasible.”

A $150-million surplus and universal childcare is not “feasible”?

That’s because childcare — like health care, like education — is not our government’s priority. We would rather brag about our budget surplus.

You have to have your priorities.