The Lyle Howe case: guilty, but… 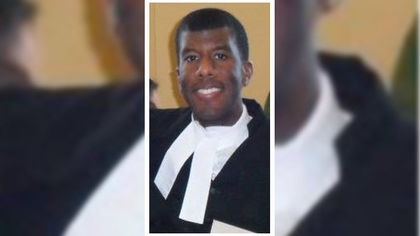 This column originally appeared in the Halifax Examiner July 24, 2017.

And it is accurate.

So far as it goes.

But the actual 140-page decision by a disciplinary panel…

…turns out to be far more nuanced than that headline, or the story itself, suggests.

(For more background on the case — and Lyle Howe — check out my two-part feature in the Examiner, “Who is Lyle Howe,” Part 1 and 2, as well a previous column I wrote about the case.) 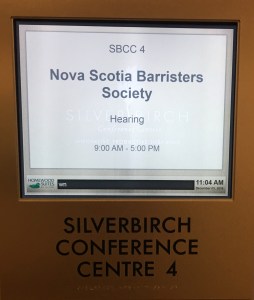 The panel — lawyers Ronald J. MacDonald, chair, and Donald Murray, along with Dr. Richard W. Norman — sat for 66 days, “the vast majority of which were full days,” over the course of “one year, four-and-one-half months” of hearings. They sifted through thousands of pages generated by more than 100 exhibits, not to mention perusing 12,035 pages of hearing transcripts.

It was the longest and most expensive hearing in Nova Scotia Barristers’ Society history.

For starters, Howe faced multiple charges involving specific allegations of professional misconduct and professional incompetence, each of which had to be explored during the hearings.

Perhaps more significantly, the hearing “involved some difficult and uncommon issues,” ranging from complaints about possible conflicts of interest involving panel members (dismissed) to Lyle’s Howe’s own explosive allegation that his race was really at the beating heart of the bar society’s case against him.

To its credit, the panel did not shy away from the implications of the fact the bar society was “seeking formal discipline against a member of the African Nova Scotian community.”

The Panel accepts the existence of systemic racism in our province. This results in a system that may cause discriminatory treatment of persons from a minority group… We must allow for the possibility of racial bias playing a role in this hearing.

Acknowledging as well “that black men have suffered an historic disadvantage by being publicly associated by white society with a propensity for sexual impropriety and violence — Howe, of course, had his conviction for sexual assault overturned in the middle of the investigation of these other bar society allegations against him — the panel asks directly:

Have individual members of a dominant group, or social institutions, imposed burdens or expectations on Mr. Howe which are different than the burdens or expectations imposed on lawyers with different racial or ethnic backgrounds? If so, the evidence of discrimination is real. If any such discrimination is relevant to our process, it would demand that we provide a remedy.”

Let’s start with the panel’s first question, and return later to the question of race’s “relevance.”

The panel’s answer to that first question — whether Howe was treated differently — is a clear yes.

It cited “anecdotal evidence” from several senior defence lawyers indicating “Howe did face a more difficult time in court from some judges, on some issues (such as needing an adjournment), than did other similarly situated lawyers.”

The report also singled out Dartmouth Crown Attorney Michelle James who, the panel says, “effectively targeted” Howe with complaints to the bar society about his behaviour. “While lateness and double bookings and nonappearances and ill-preparedness afflict many lawyers in the provincial court,” the panel notes, James “isolated [Howe] from the crowd as if he were an outlier.”

James also later accused Howe of trying to intimidate a witness — a charge the panel eventually dismissed. During the incident itself, James acknowledged she “lost her mind,” swearing and ending the meeting between Howe and a witness. “It is a fair inference,” the panel concludes, “that the prosecutor’s unreasonable reaction was a reaction to the sum of everything that Mr. Howe was: an assertive black male defence counsel” facing sexual assault charges.

Her evidence, the panel added, was “exaggerated, self-justifying, and at some points more advocative than explicative.”

The Crown Attorney’s office has not said if it is looking into the panel’s findings in relation to James, or the Dartmouth office.

To make matters worse, the panel adds, James sought out other crowns to complain about Howe and “did so at the request of the society,” which had suggested “it would be receptive to the fruits of any looking that Ms. James would do into Mr. Howe’s practice.”

The society’s role in all of this is interesting. In March 2014, it asked for a Race and Culture Assessment of Howe. “For us,” says the panel, “it shows conclusively that… Mr. Howe’s race, colour, and cultural location, were factors in every subsequent decision made by the Society about him.”

And, although the panel upheld some of the society’s complaints against Howe, it dismissed others and even suggested that, in the case of two charges, the society’s allegations “suggest an over-reach in prosecution.”

The bar society, it is worth noting, has not responded to the panel’s critical conclusions about its role.

So… if all that is true, and if the hearing panel did recognize race played at least some role in Howe’s case, how did it end up finding him — as the headline declared — “guilty of professional misconduct, incompetence.”

Simply, it comes down to this. While the panel acknowledged the society singled out Howe in ways it would not have done with other lawyers, and that race played a role in all of that, it also found that, in other cases, some of them important, Howe did what he was accused of. “Mr. Howe’s race, colour and ethnic status does not and cannot insulate him from having to answer as to whether his professional behaviour met the ethical requirements of the Handbook and the Code.”

The panel concluded — and offered evidence to support its conclusions — that Howe was often not candid with the courts, especially when it came to how and why he ended up double-booked, or didn’t show up where and when he was supposed to. Worse, the panel says he was not always honest with — or about — his own clients.

Ultimately, however, his real sin — a sin with a connection to both his race and the social class he came from — was wanting too much to succeed too well too soon. Notes the panel’s report: “His attempt to run a law practice as busily and as rapidly as humanly possible, or impossible, led to ethical lapses, poor documentation and abortive communications. Attempts to overfill numerous court dockets to the extreme rapidly led to poor relationships with Judges, Crowns and other lawyers and complaints.”

But if Howe is guilty as charged, what about all those “circumstances” the panel itself noted? Perhaps those will be considered — and aired more completely — during the upcoming penalty phase.