The judge, the complaints and finding the balance between judicial independence and public confidence 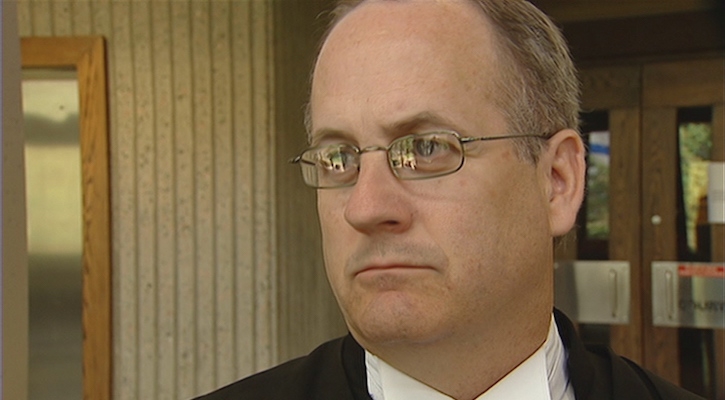 This column originally appeared in the Halifax Examiner April 9, 2018

“In the Matter of Complaints Against Judge Gregory Lenehan,
made pursuant to the Provincial Court Act, R.S.N.S. 1989, c. 238 …”

If nothing else, last week’s decision by the review committee looking into allegations of “misogynistic reasoning,” and “gender bias” by Nova Scotia Provincial Court Justice Gregory Lenehan inadvertently made a compelling argument for cameras in the courtroom.

The 45-page decision is worth reading in full, and not just because of what it says — without saying — about the need for better public access to what happens inside our courtrooms.

The review committee — which included a judge, a lawyer and a “public representative” — was appointed to look into the cascade of 122 public complaints against the judge. Those complaints were triggered initially by reports that — in a March 2017 oral decision acquitting taxi driver Bassam Al-Rawi of sexually assaulting a drunken passenger — the judge had said: “Clearly, a drunk can consent.”

That single sentence unsurprisingly touched off a social media firestorm, which inevitably led some to then look beyond the Al-Rawi case and question the judge’s conduct in what one complainant would describe as his “long history of dangerous, antiquated rulings.”

In 2012, for example, he sentenced a man accused of sexually assaulting his teenaged stepdaughter to two years of house arrest.

In the fall and winter of 2015, he sentenced two boys accused of distributing child pornography to probation in a case you may instantly recognize, but — as the review committee noted delicately — “aspects of the Court proceedings and decision are subject to a publication ban.”

The review committee decided to delve more deeply into each of those cases, as well as the Al-Rawi decision, and a separate incident in which Lenehan asked a breastfeeding woman to leave his courtroom.

One can argue about the larger question of whether the sentences themselves were appropriate, but it is hard to make a case of gender bias against Lenehan solely on his following the guidelines.

Equally important, the review committee — which read the complete transcripts of each of those cases — says Lenehan took the allegations appropriately seriously. During sentencing on the child pornography charges, for example, Lenehan addressed one of the young men directly:

In the second child pornography case, the committee notes Lenehan recommended the youth “complete a sexual harassment course to gain a better understanding of interactions with women in the future.”

Thirty-three of those who complained about Lenehan — the review committee noted without comment, that two dozen of the complaints followed “four discrete templates” — raised what became known as the “breastfeeding incident.”

In October 2015 just before a hearing was set to begin, the judge asked a woman who was breastfeeding to leave his courtroom.

During his interview with the review committee, Lenehan insisted his concern was not with the woman’s breastfeeding but that the infant’s “fussing” — mother and child were seated directly behind the defence counsel table in the courthouse’s second smallest courtroom — could be a distraction to the proceedings.

Again, the review committee listened to the audio recording of the episode and noted: “a baby is clearly heard fussing nearby for a few minutes before the above exchange. There was nothing unusual with the Judge’s tone. He was neither terse nor discourteous.”

While the committee faults Lenehan for not explaining his rationale more clearly in court that day, it says “a reasonably informed person” would not conclude the judge’s comments constituted judicial misconduct. 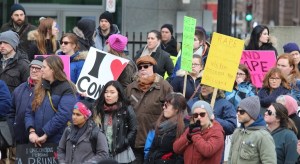 The crux of the complaints against Lenehan, however, centre on his “clearly-a-drunk-can-consent” statement while acquitting Al-Rawi. Again, the review committee argues we need to consider the “totality” of the judge’s words, and in context.

In the part of the oral decision where he references the issue of drunken consent, Lenehan claims he was not referring to the complainant directly, but attempting to explain to Al-Rawi —whose first language is not English and who’d opted not to have a translator during the judge’s reading of the decision — the issue of what constitutes consent:

“Now, on the element of consent, in order for there to be consent, the person giving the consent must have an operating mind, they must be of an age responsible enough to agree to sexual conduct, it can be withdrawn at any time, and it can be limited to certain acts and not others. A person will be incapable of giving consent if she is unconscious or is so intoxicated by alcohol or drug [sic.] as to be incapable of understanding or perceiving the situation that presents itself.  This does not mean, however, that an intoxicated person cannot give consent to sexual activity. Clearly, a drunk can consent.”

The reality, whether we like it or not, is that Lenehan was “simply stating the law” as it exists. In fact, the Nova Scotia Court of Appeal, which overturned Al-Rawi’s acquittal and ordered a new trial, was at pains to note that the judge’s comment was “not the reason for reversal.”

Al-Rawi was acquitted because Lenehan did not believed the Crown had proved its case beyond a reasonable doubt. The appeal court ruled that he’d made errors in law — not unusual — in reaching that conclusion, and ordered the new trial.

In its report, the review committee devotes much attention to providing a primer on the importance of balancing the need for judicial independence with maintaining public confidence in the process. The “public” that must have confidence, it says — quoting from a Supreme Court decision — is a reasonably informed person who…

“…is familiar with the basics of the rule of law in our country and with the fundamental values of our criminal law, including those that are protected by the Charter. Such a person is undoubtedly aware of the importance of the presumption of innocence and the right to liberty in our society and knows that these are fundamental rights guaranteed by our Constitution.”

Nothing is as simple as it once was. These days, there are otherwise reasonable people who question the system’s primacy of presumption of innocence, especially in sexual assault cases, and who worry whether justice is possible given such that presumption.

That’s a discussion worth having — count me among those who believe the presumption of innocence continues to be fundamental to our system of justice — but for now let’s focus on that mythical “reasonably informed person.”

As the review committee’s decision demonstrates, we need to know more than can be communicated in a 140-character tweet before considering ourselves reasonably informed and leaping off the ledge to firing-offence conclusions. The problem, too often, is that’s all reasonably informed people have to go on.

In part, we can blame the ever-shrinking mainstream media, which pays far less attention than it used to to the day-to-day of what happens in our courtrooms, flitting in and out now only for the most sensational and salacious trials, plucking a word here, a phrase there and making a social media outrage meal of it.

But blaming the media, while satisfying, does not offer much by way of solution.

Why not open our courtrooms to cameras, including live and recorded video, so we could all see — and judge — what happens inside?

The standard argument has always been that cameras would be intrusive, undermine the integrity of the proceedings and encourage lawyers, judges, even witnesses to play to the cameras. Those are the same arguments made decades ago against having cameras in the House of Commons and our legislative chambers. While we can argue whether parliamentary discourse has deteriorated, it’s hard to blame much of that on the mere fact of TV in the House.

Having court proceedings live-streamed, or at least available on the internet as a permanent checkable record for anyone interested enough to become a reasonably informed person before rushing to judgment, could contribute to better public understanding of our how judicial system actually works and provide much-needed opportunity for context when we smack up against #ClearlyGuilty hashtags.

It would be expensive, no doubt, but what price should we be willing to pay maintain that balance between judicial independence and public confidence? Certainly more than we do now.