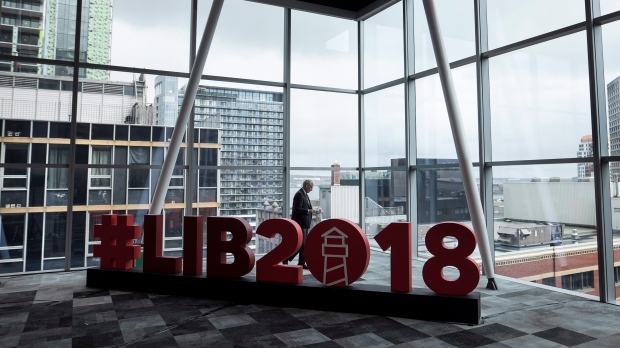 This column originally appeared in the Halifax Examine on April 23, 2018.

How to explain our current political whipsaw?

You go to sleep one night knowing 6,000 delegates to this weekend’s federal Liberal party convention will debate progressive resolutions to de-criminalize possession of small amounts of all currently illicit drugs, finally contextualizing drug abuse as the health issue it is rather than the crime it shouldn’t be; and legalize consensual sex work, belatedly putting proper protective walls around the Supreme Court’s 2013 decisionto throw out Canada’s anti-prostitution laws because they violated sex workers’ Charter rights.

You know, of course, the resolutions won’t pass, or, if they do, they won’t become part of the governing party’s 2019 re-election platform. They don’t. The sex workers’ resolution didn’t pass muster with the delegates; the harm-reduction decriminalization of drugs resolution did, but…

“We’ll, of course, reflect on next steps for a broad range of issues [delegates] bring up.” Prime Minister Justin Trudeau told a news conference. “On that particular issue, as I’ve said, it’s not part of our plans.”

Still, you know this is the way progress traditionally happens in politics. Slowly. Incrementally. As Mira Ahmad, the president of the Young Liberals of Canada — which championed the resolutions — noted, the Trudeau government’s legislation to legalize cannabis had its origin story in a previous convention resolution penned by a young B.C. Liberal.

You know that isn’t much to hang your hopes on, but it at least means the issues may get a respectful public airing. Small comfort, but a beginning…

And then you wake up the next morning to the latest news from the Ontario provincial election campaign trail.

Far from championing a more humane approach to drug addiction, provincial Conservative leader Doug Ford says he is “dead against” even safe injection sites for addicts. There is irony here, and hypocrisy, and much political base dog-whistling too. Doug’s infamous late brother Rob, the former mayor of Toronto, struggled with addictions. Doug himself was fingered in a 2013 Globe and Mail investigation as a former hashish dealer.

And then comes the even more disheartening newsthat, according to the latest public opinion poll, Doug Ford — Canada’s Maxi-Trump — has now chugged into “super-majority” territory in the run-up to Ontario’s June 7thvote. His PC party, suggests the poll, could end up with 94 of the province’s 122 ridings.

The whipsaw whips and saws.

At the same time the #metoo movement is changing the way much of America thinks about gender issues, serial sexual predator Donald Trump is in the White House. And, some suggest, despite that — despite everything — he could be re-elected in 2020.

American young people have taken to the streets to champion gun control while the internet trolls snipe from the sidelines and the National Rifle Association keeps its smug on, knowing, in the end, its political cash will always speak louder to its bought-and-paid-for politicians than the body counts in the countless, senseless deaths of children.

Closer to home, a few months after protesters brought down the statue of our long-gone and best forgotten governor, Edward Cornwallis, over accusations of racist behaviour toward aboriginals, a current provincial PC leadership candidate gratuitously seemed to make the case — in a legislature debate on cannabis legalization — that black people are lazy and unproductive.

She later apologized. So that is something. But…

Change is hard. Progress has become even harder.

I used to believe progress was inevitable. It isn’t.

The American historian Arthur Schlesinger, Jr., wrote about the cycles — the conflicting pulls and pushes, the pendulum swings — of American history: public purpose versus private interest, reform versus return to the old ways, liberalism versus conservatism.

In the usual telling of that tale — and reality — there was always at least some modest sense of social progress as society rolled through the cycles, in part because the orthodox right and left-wing views of the world never strayed too far from the centre.

Newly elected governments might rail against the works of their predecessors, but they rarely undid them. And so the world has continued to unfold in tiny but progressive stutter steps.

That is no longer true. During its decade in power, to cite but one example, the Harper Conservatives attempted, with too much success, to roll back many of the historic underpinnings of our self-image as a country. In another time and place but in a similar context, I attempted to compile a partial list of all the many and various wounds the Conservatives had inflicted on the body politic, on progress:

By the time Justin Trudeau’s Liberals returned to power in 2015, their to-undo list was at least as long as their to-do one. One step forward, two steps to the starting line.

In little more than a year in the United States, the Trump administration has rolled back — and over — many of the signal achievements of the Obama years, from environmental protection to semi-affordable health care.

“Progress,” as Obama himself ruefully noted, “isn’t always a straight line or a smooth path.”

Sometimes it isn’t even progress.  The whipsaw whips and saws.