Name? Un-name? How about no name? 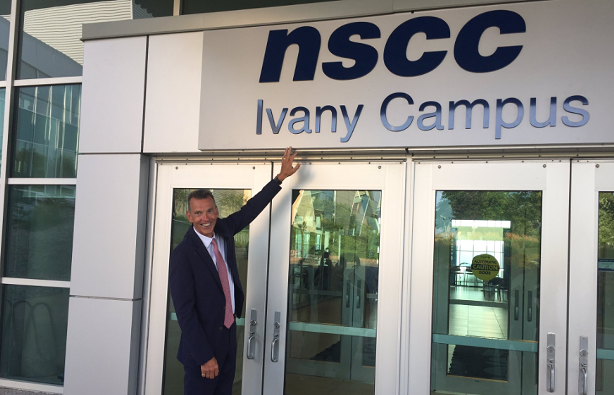 Last Wednesday in Morning File, Tim Bousquet went on a rant. “Stop it,” he wrote. “Stop naming shit after people who are still alive.”

The specific object of Tim’s ire that morning was not immediately apparent among the story’s cascading collection of photos of local edifices named after the alive and hopefully well (not to mention rich… did we mention rich?) like the Kenneth C. Rowe Building and the Ralph M. Medjuck Building, or after profitable corporations looking for cheap advertising. The Halifax Metro Centre, Tim noted, had served as a serviceable name of our downtown rink for more than a generation, but had recently been “rebranded with the name of the god damn bank,” whose corporate name shall not be spoken here either.

Said actual object of Tim’s ire wasn’t even mentioned until paragraph 10, photo 4, when Tim revealed that, the day before, the Nova Scotia Community College’s “perfectly descriptive” Waterfront Campus had been renamed… the “Ray Ivany campus.”

I don’t totally disagree — or agree. Back in the 1990s, Ray Ivany was largely responsible for transforming our formerly ignored or under-valued auto-mechanic/hairdressing vocational schools into a dynamic, thriving and respected community college system that has claimed its rightful place in Nova Scotia’s post-secondary educational pantheon. If anything is to be named after him — and that’s a big if — why not a community college campus?

The problem, of course, is that there’s more to Ray Ivany than his community college accomplishment. As there is with the rest of us. There’s his hectoring, polarizing neoliberal report on Nova Scotia’s future that may or may not have anything to say about our actual future as Nova Scotians; there’s his university president’s salary; there’s his secret side deals with the province to rescue Acadia University from financial ruin while other universities suffered; there’s his wife’s job; there’s…

Tim’s larger point was that we should stop naming stuff after those who breathe. He cited, in his Tim-fashion, the city’s own former naming policy: “someone had to be six feet under for a couple of years before you could name a rec centre or police substation or cul-de-sac after them, and even then you had to first dig them up and put a wooden stake through their dead heart just to make sure (that was Section 8, subsection iv(b) of the policy).” You can look it up.

But then a combination of mushy sentimentality and corporate hubris (abetted by changing corporate and income tax policies that have starved public institutions while giving even more breaks to wealthy individuals and companies so they can “donate” money they mostly write off in order to have public buildings named after themselves) created our new naming reality.

“Now,” wrote Tim, “we’re naming shit all over the place after people who one day we might learn were child molesters or Confederate generals or whatever.” With the obvious caveat that we/they probably already knew the Confederate general was one before anyone named stuff after him — indeed, that was undoubtedly why they honoured him in the first place — I take Tim’s point. And agree with it.

But let’s take it a step further. Let’s not only stop naming stuff after living human beings, but also dead ones too.

We live in polarizing times in which balance and nuance have fled the field of discourse, and consensus on almost anything seems impossible. So let’s just name future buildings for their street addresses or their functions (Computer Science Building, Law School, Police Station, etc.), and identify streets by what could at least be a useful navigational grid (1st Street West, 10th Avenue North). As someone who has lived most of his life on streets named after trees, I suggest we solve future controversies by celebrating trees, plants, animals, even inanimate objects rather than waste time parsing the pluses and the minuses of the histories of actual people, living or dead.

I have come to this view reluctantly. I was among those who argued publicly, if not entirely successfully, for the province to permanently designate our new Winter Holiday (a functional name if there ever was one) “Viola Desmond Day” in honour of the African Nova Scotia woman who once refused to sit in the blacks-only section of a New Glasgow movie theatre. 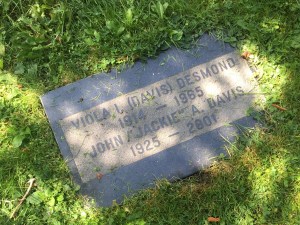 I was delighted when the Bank of Canada announced last year Desmond would be the first woman to be featured on the front of a bank note, and when the city named a harbour ferry in her honour.

I take joy whenever I wander through Camp Hill Cemetery and see the official sign that now points to Desmond’s simple, previously unadorned, uncelebrated grave marker.

My own championing of Desmond as a woman worthy of honour, however, was based almost entirely on her single and singular act of courage in standing up for her rights that night. While I knew she did not win the appeal against her conviction on a trumped up charge of tax evasion — for failing to pay the one-cent difference in tax on the price of her ticket in the whites-only section —  I also knew that fight led to the establishment of the Nova Scotia Association for the Advancement of Coloured People, which helped spawn the civil rights movement in the province. Worthy.

Beyond that, I have a mostly Wikipedia understanding of her real life, abetted by her sister’s book-length tribute, Sister to Courage.

I don’t know what she was really like in her other life as a businesswoman, as a wife, a church person, a person who — life the rest of us — was the sum of many parts.

The question, of course, is how might those now less important aspects of her significant public-life-well-lived be remembered, or perhaps re-interpreted, one hundred years from now?

No wonder Donald Smith, an historian at the University of Calgary, says we need to be careful about who we honour today — and why. “Past actions must be examined with the care and understanding we hope our actions — on the environment, for example — will be looked at half a century from now.”

More to my own point, Isadore Day, Chief of the Serpent River First Nation and Ontario Regional Chief, suggested in the same CBC think piece about recent naming controversies that it’s time we abandon naming things for people at all. “Perhaps we shouldn’t be elevating people to that stature.”

And then leaving it to our descendants to climb down from that too-tall stature ladder generations later. 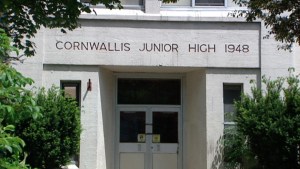 It is hard to imagine those who named Halifax’s Cornwallis Junior High School back in 1948 to honour our city’s European soldier-founder, for example, gave even a passing consideration to the fact Cornwallis put a bounty on the heads of Mi’kmaq people in the 1700s. But that reality became the reasonable rationale for changing its name to the more generic, and appropriate, Central Junior High School in 2012.

That decision, of course, has touched off a broader local debate that is still raging over how best — or even whether — to remember the European who first settled our city.

It’s an interesting and important debate — one that is mirrored in ongoing, never-ending whack-a-mole controversies as people attempt to come to terms with the past everywhere these days. Confederate generals, university founders, Canadian prime ministers…

But it also raises a question, not so much about why blacks or Indigenous peoples might object to our in-their-faces celebration of their oppressors, but why those of us who are neither black nor aboriginal waste so much oxygen and energy on these debates.

Consider last week’s motion by the Elementary Teachers Federation of Ontario demanding school districts there “examine and rename” schools and buildings named after our first prime minister, Sir John A. Macdonald, “in recognition of his central role as the architect of genocide against Indigenous Peoples.”

“Macdonald makes the perfect scapegoat,” responded Richard Gwyn, the venerable Ottawa journalist and author of a seminal biography, Sir John A. Macdonald: His Life, Our Times, who has studied Macdonald’s accomplishments, as well as his failings. “The man’s long dead; and while alive, really was corrupt and a drunk. This liberates us to transfer to him responsibility for the deep sense of guilt we feel about the treatment of First Nations, past and present.”

I do sometimes wonder if we fixate on these symbols of the past because it’s easier than fixing the everyday present for which we have to accept our own responsibility: ongoing racial profiling of blacks and natives, the abysmal mess we’ve made of dealing with First Nations peoples, etc., etc.

Perhaps if we gave up naming things after people, we could get on the important business at hand. Perhaps…