The very suggestion the Nova Scotia government would cherry-pick new school building projects from the bottom of the priority pile simply because said schools would be built in constituencies held by Education Minister Karen Casey and Premier Stephen McNeil, is — cue the harrumphs — “a ridiculous comment to make.”

So says the minister herself. So it must be true. 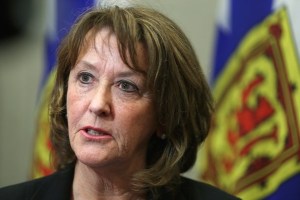 To be fair, Auditor General Michael Pickup’s report last week did not specifically conclude partisan gamesmanship gamed the cabinet’s decision to ignore the facts to build two unneeded but vote-winning new schools: one in Bridgetown ($23.9 million), which is in McNeil’s home district  (surprise!), and the other in Tatamagouche ($21.6 million), which just happens to be in Casey’s backyard (golly-gosh).

But Pickup does lay down a bacon-fat-covered trail of bread crumbs that inevitably lead us inside the cabinet room where McNeil presides and Casey rules the education roost.

In the province’s 2014-15 capital plan, Pickup’s report explains, the two schools had been ranked “much lower” than other potential projects by two independent expert panels of public servants. Those committees are charged with vetting and ranking capital requests from local school boards, in large part to keep politics out of the mix.

“The committees had concerns about these projects, including inadequate investigation of alternative options and less expensive options which had been ignored. In the cases of the new school construction projects in Bridgetown and Tatamagouche, assessments by the committees concluded that more consideration of possible renovations, or other options within the region, was needed.”

Pickup found “no evidence” in the material his auditors examined to support the government’s decisions, but he added: “We audited the work of the public service, but understand the ultimate decisions are the authority of Executive Council and we do not audit that part of the process.” One wonders wh ynot?

Karen’s non-answer when asked what evidence — aside from political geography — the government used to make its decisions is an answer in itself: “There was no suggestion that anything that was addressed by our government had anything to do with whether it was in my riding or not,” she told the CBC.

So we are left to our imaginations to figure out how they came to their un-ridiculous conclusion. Perhaps McNeil and Casey wrote the names of the two schools on sheets of paper and put them in a hat, picking them out one by one.

Or maybe it was a case of playing pin the school on the taxpayer — with just two schools and a province full of taxpayers.

Let’s see. What about if we…

… we might actually have some money available to spend on keeping teachers in their classrooms. As Karen Casey might say: What a ridiculous comment to make.