Teachers: light at the end of the tunnel? What tunnel? 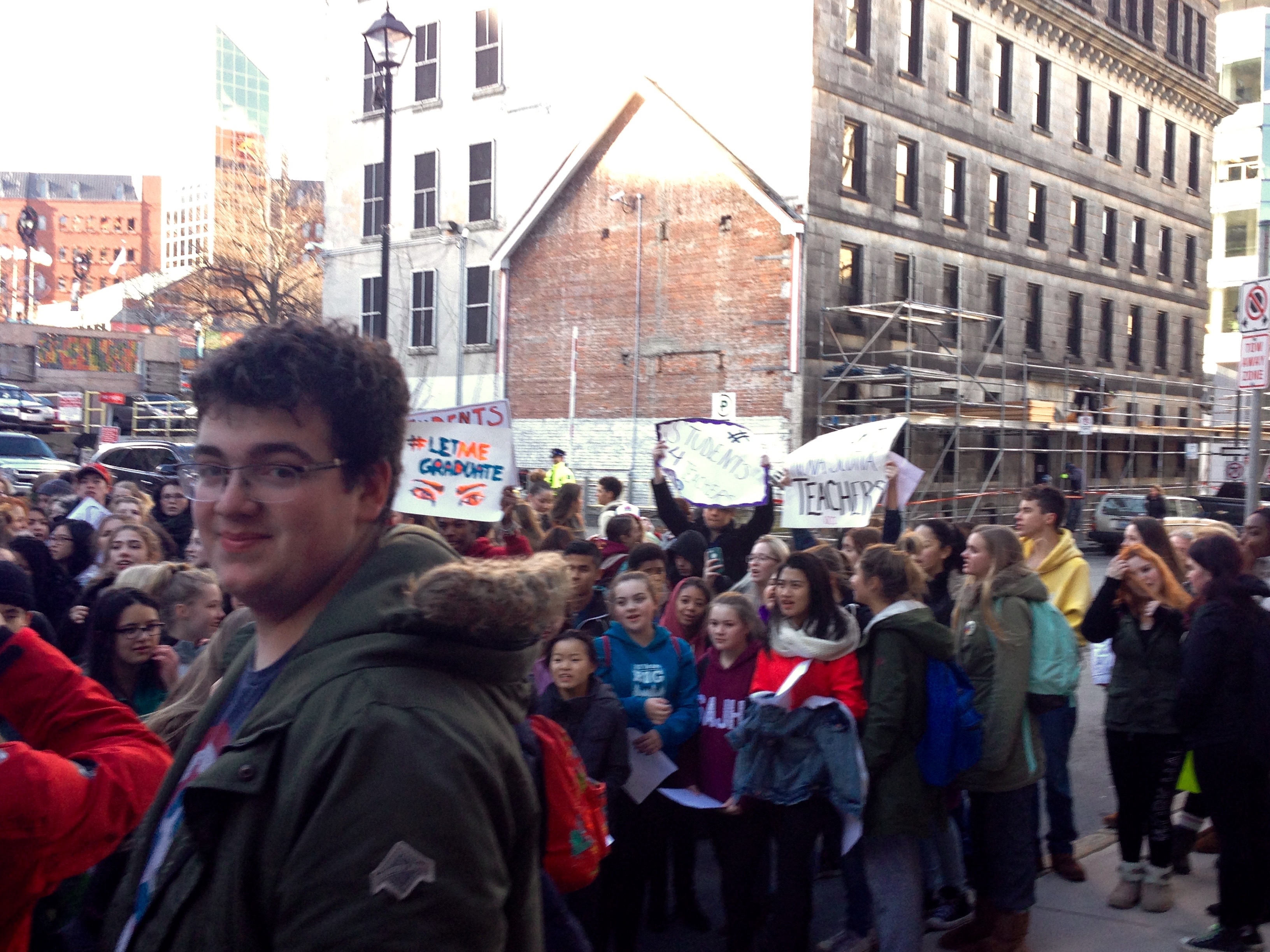 It’s been a full week since the Liberal caucus revolt Stephen McNeil insists never happened; since Education Minister Karen Casey’s 180-degree, we-must-close-all-the-schools-right-now-to-protect-student-safety/no-we-will-reopen-all-the-schools-tomorrow-to-protect-our-government’s future; since the government called its special session of the House of Assembly to pass legislation to impose a rejected contract on the province’s 9,300 teachers, then sent the MLAs home with nothing more than a per diem for time served and a legislation-what-legislation/what-me-worry public shrug; and since the premier’s own bizarre, who’s-in-charge, where’s-Stephen disappearing act in the midst of that massive Monday meltdown…

It was a week.

Today, Nova Scotia’s education system is back to what passes for its new normal. Teachers are teaching in their classrooms, but otherwise working to the letter of their contracts. They are no longer supervising breakfast programs, orchestrating children’s Christmas concerts, advising political science clubs, organizing International Baccalaureate volunteer credits, chaperoning high school dances, coordinating educational co-ops, coaching school sporting teams, offering one-to-one extra help after class. All those myriad and meaningful duties teachers used to perform, but for which they are not paid, have been cancelled while the government and the Nova Scotia Teachers’ Union attempt to negotiate a new contract.

But the two sides are not negotiating a new contract; they are not, so far as we know, even speaking. So we are no closer to a resolution of the current contract dispute, or even back to what once passed for fair collective bargaining.

Worse, the current dispute is far from the worst of it. We have not yet begun to deal with the larger issues that plague our public school system.

In my role as a university professor, I occasionally visit classrooms to talk with students about journalism, writing, current events, their own career hopes and dreams. Those brief forays into the P-12 school system have given me some modest appreciation for the incredible work the best of our teachers do, and the increasingly difficult circumstances in which they do it.

Our education system has become obsessed with “outcomes,” and with often questionable testing to measure those outcomes and then judge teachers’ competency based on them. Teachers no longer teach a class of students, but a collection of complexities: students with dramatically different abilities and interests, students with special needs, students on individualized learning programs with indicvidual expectations, students who don’t speak English as a first, or second, or any language, students who are occasionally violent… And they do it with little in the way of support.

Teachers must also attempt to respond empathetically to their students’ diverse cultural and economic backgrounds, mental health issues, family dynamics and demands… all while feeding a never-sated data maw that continuously demands from them new and different, often contradictory information, in order to collect whatever it is the powers-that-are require them to measure this year — data that will almost certainly be rendered irrelevant and outdated as soon as the next new shiny data star-point is discovered.

And, oh yes, teachers must keep up with the latest developments in their own specialties as well as trends in pedagogy while continuing to teach the latest, ever-evolving curriculum to their students, and still find time to volunteer for all those extra-curricular activities that make school an enriching  and meaningful experience for their students.

The current dispute between teachers and the province is, of course, in part about pay and benefits. How could it not be?

But it is also clearly about much more than that.

How else to explain the reality teachers — members of the “good” union the government had once depended on to docilely set the tone for its even more draconian plans for other, more militant public sector workers — have not only voted overwhelmingly twice to reject tentative agreements their own negotiating team had reluctantly recommended to them, but  have now also voted 96 per cent in favour of job action to demonstrate their frustration in the only way that seems left to them?

These days, there is no light at the end of the tunnel.

Sometimes, there does not even seem to be a tunnel.