Stephen Kimber > Freelance > Halifax Examiner > A jury of whose…

A jury of whose peers? 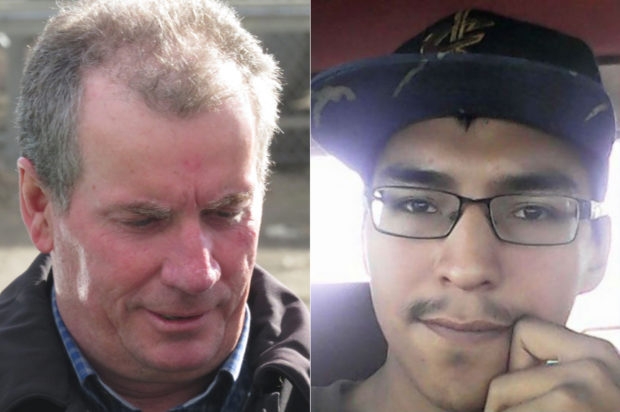 This column originally appeared in the Halifax Examiner on February 19, 2018.

Let’s start with this. Any jury might have acquitted Gerald Stanley, the 56-year-old white Saskatchewan farmer who shot and killed Colten Boushie, a 22-year-old indigenous man, on his farm in August 2016.

The Crown charged Stanley with second-degree murder, arguing he intended to shoot Boushie, who was killed by a single bullet to the head at close range. The defence countered that Stanley was protecting his property and the gun went off accidentally in the heat of an escalating confrontation between himself and a group of indigenous young people who’d tried to steal his ATV.

The case got more complicated during the trial when two of the Crown’s key witnesses — Boushie’s companions — changed their stories in court. After initially denying it to police, one admitted they’d already tried to steal a truck at a neighbouring farm before arriving at the Stanley property. Another eyewitness originally told police Boushie was sitting in the front passenger when he was killed by a woman who fired two shots. Boushie, in fact, was seated in the driver’s seat and was shot once — by a man.

Witnesses often misremember details or change their stories, of course, but such changes do raise questions — and sometimes reasonable doubts — in the minds of jurors.

But Stanley’s testimony was not without its complications either. He claimed he’d heard someone starting his ATV, and ran to stop them. By then, the intruders were back in their own SUV. So Stanley grabbed his handgun, loaded it with two bullets, and fired off two warning shots into the air to scare them.

Then, concerned he couldn’t see his wife and worried she might have been run over in the confusion, Stanley testified he ran around to the SUV’s passenger side and reached in through the window to grab the car keys, the gun still in his other hand. “And — boom — this thing just went off.”

The defence claimed the fact the gun fired was an accident triggered by a common gun glitch known as “hang fire,” but expert testimony questioned that. 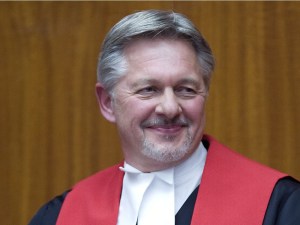 In his instructions to the jury, Chief Justice Martel Popescul said jurors had three choices:

From 4,000 kilometres and six provinces away, I find that incomprehensible.

But I also know, from too-many-years observation that the view from inside a jury room inside a courhouse is often very different, and that even the most serious, best-intentioned jurors sometimes get it wrong — or at least different from me.

But that, at the end of the day, is not the key issue here.

The issue is one of representation, of fairness.

About 16 per cent of Saskatchewan’s population is indigenous. In the region of the province where the trial took place, that percentage climbs to closer to 25 per cent.

There were not only no indigenous people on the Gerald Stanley jury, but defence lawyers also used what are called pre-emptory challenges to eliminate the only five “indigenous-looking” people who had been called from serving on the jury.

Under the Criminal Code, the Crown and defence in murder cases are each entitled to up to 20 “peremptory” challenges, essentially allowing them to reject that many potential jurors without having to give a reason.

On the one hand, this gives often over-worked, under-resourced lawyers the opportunity to use their “gut” instinct to look for the most favourable jury for their purpose.

On the other hand, as Regina Leader Post political columnist Murray Mandryk asked pointedly: “Is there anywhere else in today’s society where you can simply take a look at someone and — solely based on skin colour or gender — determine that he or she is not fit for the job?”

Britain did away with preemptory challenges 30 years ago. In the US, the Supreme Court has clamped tight restrictions on their use, in large part to avoid bias — even the appearance of bias — in racially charged cases.

More than 25 years ago, Canadian Justice Murray Sinclair argued the practice of preemptory challenges should be abolished here too, a view more recently endorsed in former Supreme Court Justice Frank Iacobucci’s 2013 report on the underrepresentation of indigenous peoples on Ontario juries.

The central issue then is not just what happened in Gerald Stanley case — which might have been the outcome, no matter the composition of the jury — but the fairness of the system itself. Noted the Iacobucci report: “The public is more likely to perceive trials, and by extension the legal system as a whole, as being fair if prospective jurors are representative of the wider community from which they are drawn.”

Today, thanks in part to the verdict in the Gerald Stanley trial, many Canadians are rightly questioning the fairness of our legal system.

Ottawa seems to recognize that — and has vowed, belatedly, to take action.

That’s a positive development. But, as federal Justice Minister Jody Wilson-Raybould herself noted, jury selection is one small piece of a much bigger issue.

Consider this about Saskatchewan, for example. Less than two per cent of the province’s judges are indigenous; more than 80 per cent of Saskatchewan’s prison population is.

“This a broader problem about the colonial legacy,” Wilson-Raybould explained, “about the treatment of indigenous people in the system generally. The lack of hope is an absolutely devastating thing and we need to do everything we can to prevent people from having a lack of hope.”

If changing the jury selection process is one baby step on the path to real change in the legal system, let’s do it. And then let’s get on with the tougher business of that lack of hope…