When ‘freedom of speech’ is a code, not a value “I want to send a message that universities in Nova Scotia should not give in to political correctness.” — John Lohr (King’s County News)

This column originally appeared in the Halifax Examiner March 12, 2018.

What is it about Tories seeking their party’s leadership and their seemingly painful need to gymnast-twist the once liberal value of freedom of speech for their own illiberal purposes?

Last spring when he was running to become federal Conservative Party leader, Andrew Scheer threatened to cut off federal funding to any university that didn’t foster what he called “a culture of freedom of speech” on campus. His threat/promise came on the heels of conservative-inflaming public controversies at a number of universities: a cancelled pro-life event at Wilfrid Laurier University, a decision by the McGill Daily student newspaper to stop publishing articles it claimed “promote a Zionist worldview” and whatever outrageous gender-pronoun inferno of the week University of Toronto professor/self-publicist Jordan Peterson was stoking at the time.

The freedom of expression concerns may have been legitimate, but it was all clearly served up as the raw-meat main dish for the party’s right-wing base, whose understanding of actual freedom of speech is… shall we say, tightly circumscribed and rudimentary at best.

But it worked. “After Scheer narrowly won the Conservative mantle at the end of May,” the National Post noted, “insiders from his campaign cited the [free speech] policy as a reason he gained late traction in the race.” 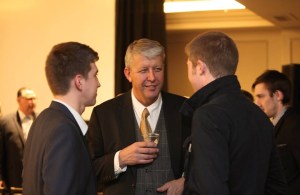 So it should have been no surprise to hear Nova Scotia Tory MLA and wannabe Progressive Conservative party leader John Lohr ruminating last week about what he had divined as “a disturbing trend” in which bad universities stifle good free speech.

“I want to send a message that universities in Nova Scotia should not give in to political correctness,” Lohr harrumphed in a news release. “If they do not [support free speech],” he added ominously, parroting puppet-master Scheer, “then my policy would be to withhold public funding from their institution.”

If it worked for Andrew Scheer…

In fact, reports Halifax journalist Andrew Macdonald’s subscription-based news site, The Macdonald Report, Lohr’s two top aides in his leadership campaign are Mike MacDonell, “Conservative leader Andrew Scheer’s top strategist, who was operations manager of the Scheer federal Tory campaign,” and Steve Outhouse, a former chief of staff to Harper cabinet minister Pierre Poilievre (he who once infamously questioned the value of compensating indigenous victims of residential schools, and who blithely declared after the Boston Marathon bombing that “the root cause of terrorism is terrorists”), who is now Lohr’s campaign manager.

The duo would appear to be hardened veterans of the Tory culture wars. 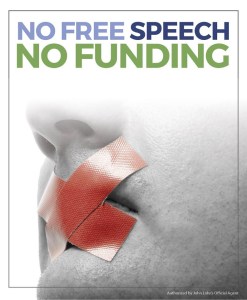 Those are the culture wars in which freedom of speech is a code, not a value.

Let’s put John Lohr’s ringing endorsement of free speech — “[Universities] should stand up for free speech and include all views in debates” — to the test.

Last year, you may recall, Dalhousie University’s student union voted to “abstain” from the Canada 150 celebrations because of what it called our country’s “ongoing colonialism” in its treatment of indigenous peoples. That led to a social media flame war, which culminated in a tweet by the student union’s vice president, Masuma Kahn: “At this point, fuck you all,” she wrote, adding provocative hashtags like “#whitefragilitycankissmyass” and “#yourwhitetearsarentsacredthislandis.”

That prompted a white grad student to file a formal complaint with the university, accusing Khan of violating code of conduct strictures prohibiting “unwelcome or persistent conduct that the student knows, or ought to know, would cause another person to feel demeaned, intimidated or harassed.”

Not so fast. Khan is a Muslim. She was calling out Canadian colonialism. And she was scrapping online with white conservatives, including Big C conservatives of the Nova Scotia Young Progressive Conservative Association.

In fact, when I searched on the terms “John Lohr” and “Masuma Khan,” there was only one (sort-of) relevant hit: a Hansard report of the House of Assembly proceedings for October 23, 2017.

Khan’s name appeared in the daily “Statements by Members.” NDP MLA Lisa Roberts’ statement that day expressed “concern and appreciation and admiration” for Khan, who was at the time “the subject of a disciplinary process” at the university. There was no indication in the transcript that some-honourable members — Lohr or anyone else — offered up “hear, hears” for Khan.

Four statements-by-members speakers earlier, John Lohr had stood up, neither to praise Khan for standing up for free speech nor to condemn the university for its “political correctness,” but to congratulate an 11-year-old entrepreneur from his constituency for a “creative endeavour.” 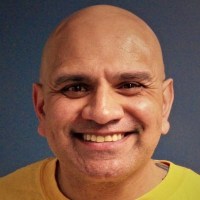 So if the Khan case couldn’t jumpstart Lohr’s interest in freedom of speech, what did? As near as I can tell, Lohr’s Saul-like conversion on the road to October’s PC leadership convention came with the announcement that Acadia University is investigating psychology professor Rick Mehta for “the manner in which you are expressing views that you are alleged to be advancing or supporting and, in some instances, time that you are spending on these issues in the classroom…”

Hmmm… What makes this freedom of speech controversy different from the Khan case?

Well, lots of things, but let’s start with what it makes the Mehta case a better issue for a Tory leadership contender looking to score wink-wink-nudge-nudge points with local bigots.

Even though he is of East Indian ancestry and thus an “other,” Mehta claims multiculturalism is a scam; the gender wage gap a sham; feminism ”seems hell bent on taking down Western civilization;” now ex-Tory Senator Lynn Behak had it right when she praised the “positive experiences” of residential schools; “endless apologies and compensation” to indigenous peoples have created a victim narrative; the civil rights, group the Southern Poverty Law Center, is really a hate group that engages in “reprehensible practices;” and so on and so fifth…

One can almost feel the breeze from the nodding heads of the bobble-headed alt right.

One can argue — I do — that Rick Mehta is entitled to his dumb-as-a-dustball opinions and to shout them from the social media and conventional media rooftops to his publicity-seeking heart’s delight. And he can appear as often as they’ll have him on right-wing/ alt-right/conspiracy web sites like Rebel Media and The Daily Caller too.

The university shouldn’t be able to sanction him for any of that.

That said, I do understand Acadia’s concerns about both the manner in which Mehta is alleged to be advancing his views in his classroom, and also the class time he might be spending proselytizing.

According to Mehta’s own Acadia web page, his academic research focus is primarily in the area of “decision making,” including such esoterica as how well “the Berlin Numeracy Test (an objective measure of how well people work with numbers) predicts performance on a collection of heuristics and biases tasks… More recently,” he adds, almost seemingly as an aside, “I have become interested in studying viewpoint diversity within universities and am particularly interested in assessing to what extent the lack of viewpoint diversity is a problem in Canadian psychology departments.”

Fair enough, but the university calendar says he is supposed to be teaching courses this year in “Introductory Psychology” and “Research and Design Analysis.” It’s difficult to see how his personal views on residential schooling — for which he has no apparent expertise — might fit into those classes. As one student told the King’s County Register: “I pay to sit and listen in that class. Don’t use my time I paid for to talk about [topics that don’t relate to the course].”

To make matters worse, Mehta, on the one hand, talks as if he simply wants to promote discussion on “issues that are not up for debate,” but, on the other, he has made the point in interviews he is not offering his opinions but “objective statements... I’m not giving my opinion… People are more than welcome to refute me with real evidence, but that has not happened yet,” he says, appearing to ignore the clear power imbalance between him and his students, not to mention his easily refuted non-objective opinions masquerading as facts.

But the reality is that — as is all too often the case when it comes to freedom of speech —this was never about free speech anyway.