(This column originally appeared in the Halifax Examiner on May 15, 2017 .)

One of the many fascinating, if beside le larger point storylines to emerge from the recent French presidential election is the one about the relationship between that country’s new president, Emmanuel Macron, and his wife, Brigitte — more specifically about the gender-bending, woman-bites-man difference in their ages, and even more specifically, the generally positive French public and media response to said yawning 25-year gap. 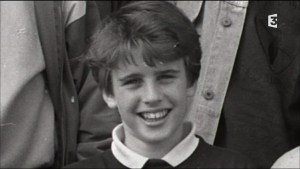 When they met, he was a 15-year-old school boy in Amiens in Northern France; she was his married, mother-of-three drama teacher. One of her daughters, in fact, was Emmanuel’s classmate. When he came to audition for a play in ninth grade, she told London’s Daily Mail last month, “I watched him. I just found him incredible. He had such presence… He simply wasn’t an adolescent.”

Emmanuel was equally smitten. His parents eventually sent him off to Paris for high school to discourage their relationship. It didn’t. The two called each other every day. Eventually, she left her banker husband and family and moved to Paris to be with her much younger lover.

Flash forward to today. Last Sunday, Macron won the French presidency with Brigitte at his side as both wife and political partner (“Without her,” he has said, “I wouldn’t be me”), with his same-aged step-daughters and their own children all celebrating on stage at the Louvre.

“We do not have a classic family, it’s undeniable,” Macron explained. “But do we have less love in this family? I do not think so. Maybe there’s even more than conventional families.”

French voters, not to mention the international media and social media, seem enamoured by the couple’s love story.

In part, of course, that’s because their relationship flips the much more traditional and clichéd powerful-older-man/younger-woman-bauble narrative on its head. “It’s like a breath of fresh air in this country,” suggested Franco-British journalist and historian Natacha Henry, who writes about gender parity in politics and sexism in popular culture.

And yet… Quelle difference! 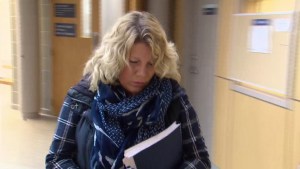 Consider the case of Carolyn Amy Hood. She too was 39, a Pictou County junior high school teacher who became sexually involved with two former students, a 17-year-old and a 15-year-old boy. In April 2016, Hood was convicted of sexual interference, sexual exploitation and luring minors over the Internet for a sexual purpose. (The defence has appealed her conviction; the Crown is appealing her 15-month sentence of house arrest.)

Hood’s is not the only recent such criminal case. Last month, another judge agreed to delay the sentencing of Sarah Allt Harnish — a 36-year-old Hubley, NS, junior high school teacher who’d pleaded guilty to a charge of inviting a male student, a minor, to “sexual touching” — while Hood’s appeals work their way through the judicial system.

All of which is to say that other women — men too, and far more of them, of course — have ended up with criminal records and often jail time as a result of what seem, on the surface, to be similar-fact situations to the ones that now make the Macrons the subject of fawning international media coverage. (For the record, it is also illegal in France for a teacher to have sexual relations with a student under the age of 18; the Macrons themselves have been coy about when their infatuation became sexual, calling that “our secret.”)

I am not arguing here that Brigitte Macron should have ended up in jail for what —  from the perspective of 25 years on — seems to have turned out more than OK, and far better than many conventional relationships.

Nor am I claiming Hood, Harnish, or others should get a free pass, based simply on the Macrons’ apparent happy ending.

What I am suggesting is that lived lives are inevitably more complicated and unfathomable than the one-size-fits-all rules by which our legal system defines what is acceptable and what is criminal.

We should all keep that in mind — especially in the middle of a provincial election — as we rush to there-are-no-rules-here, 140-character social media judgment about real lives we really know nothing about.