Stephen Kimber > Uncategorized > What if they create…

What if they created another immigration program and nobody came? 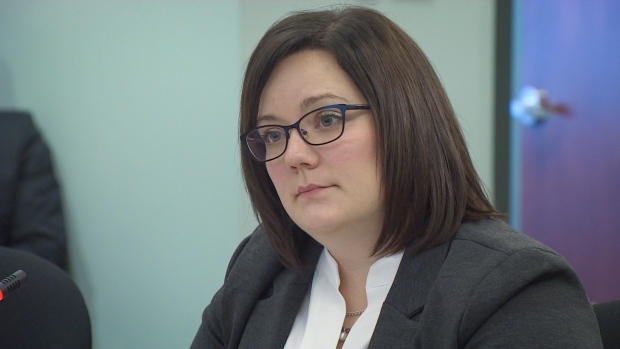 This column originally appeared in the Halifax Examiner January 15, 2018.

Reading news accounts of last week’s meeting of the legislature’s committee on economic development, you could be forgiven for assuming the much fooforahed Ivany Report — with its now-or-never, change-or-die, flashing yellow, sotto-voiced, urgent CALL-TO-ACTION on immigration — had already become a neatly gift-wrapped fait accompli, topped with a pretty government-tied bow.

The specific topic under discussion at the committee was something called the Atlantic Immigration Pilot Project, with its inelegant acronym AIPP. Announced in July 2016 as part of the Trudeau government’s Atlantic Growth Strategy —  a joint federal-provincial effort “to build a vibrant economic future for Atlantic Canada by focusing… efforts and resources to stimulate the region’s economy, support the middle class and address both longstanding and emerging regional challenges” and blah blah blah — the program’s relatively modest initial goal had been to attract 2,000 additional skilled labouring immigrants and their families to Atlantic Canada in 2017.

How did it go? Well, that depends.

Nova Scotia’s generous slice of the AIPP pie — 792 slots — accounted for close to half of the total. New Brunswick was allowed to bring in 646 new immigrants, Newfoundland 442 and Prince Edward Island 120.

The problem is that our province managed to attract barely one-quarter of its quota for the year — just 201 immigrants.

No biggie, suggest those who run the program.

In fact, Suzanne Ley, the executive director of the Nova Scotia Office of Immigration, preferred to gloss over those numbers and focus our attention instead on the bigger, better picture. “We are seeing incredible results from our hard work,” she told the MLAs of her agency’s broader efforts to attract newcomers. “We’ve seen growth in provincial immigration selection from 2013, where we nominated 600 individuals to come to Nova Scotia. In 2017, we supported 1,652 people and their families to make their life in Nova Scotia.” Better, she said, “we’ve got about 71-78 per cent retention rate, depending on how you measure it, which is up from about 48 per cent a decade ago.”

Uh, yes, OK… but what about that Atlantic Immigration Pilot Project?

Oh, right. About that. “I want you to know that it’s common in year one for low uptake for immigration programs,” Ley told the committee. “It’s important to understand that it can often take several years for a new immigration program to fully ramp up.” 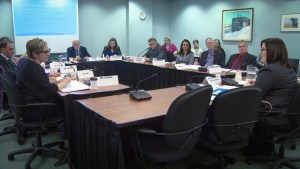 Which may be fair, and true. But, if so, how did New Brunswick fill three-quarters of its quota, and be angling to increase its numbers to 800 this year? How did PEI not only manage to accept every one of the immigrants AIPP allowed last year but has also already approved an additional 15 for year two?

“Presumably it’s a startup year for all four Atlantic provinces,” as John Lohr, the PC MLA for Kings North, suggested gently, “so I guess the question is, ‘what do you see your office doing differently in the coming year to address that shortfall,’ and ‘[are] there things you can learn from how the other provinces have addressed it and been more successful?’”

He didn’t get much of an answer.

Cumberland-Colchester MP Bill Casey suggested to the Halifax Chronicle Herald in December that the provincial government — which is responsible for making the program work — may not be doing nearly enough to spread the word, especially in rural areas of the province. “I had a call from an employer last week that was looking for a permanent employee under an immigration program,” he said, “and they didn’t know about this program.”

Does it matter? Well, whether you agree with Ivany or not, most of us acknowledge we do need more immigrants to settle and succeed in Nova Scotia.

The fact is that the quota we didn’t fill in 2017 isn’t carried forward. It’s gone. While Ottawa has announced that the program will continue and that — no thanks to us — the quota is expected to increase to 4,000 a year by 2020, the reality is that even that is subject to the “if the program performs well” caveat.