The gospel according to Mark (Lever) 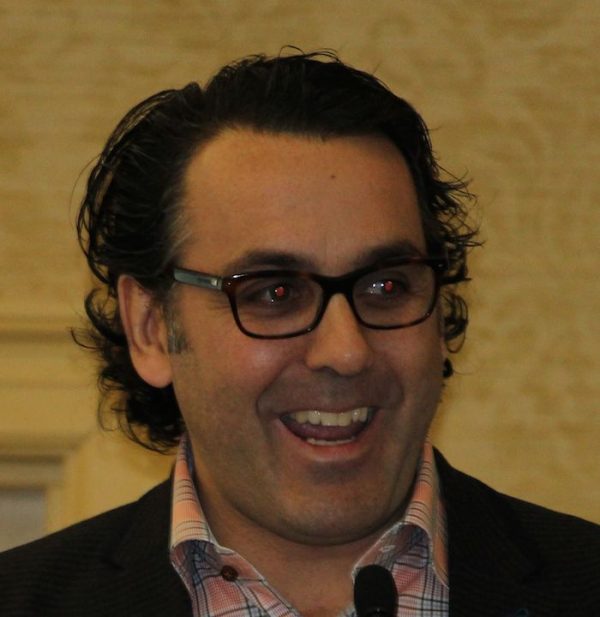 This column originally appeared in the Halifax Examiner July 16, 2018.

“We believe being in 25 communities is a big strength… I believe telling local stories in Gander, and in St. John’s, and in Corner Brook, and Summerside, and Sydney are going to be what supports this network. Not amalgamating. Not putting the same copy in every paper.”

That was Mark Lever then, back when there was only a then. This is the Mark Lever mouthpiece in the here and now.

“Unfortunately, like most companies, we face the decision that we can no longer support positions that are not necessary… There’s no pleasure in that. It’s just one of those processes that happens as you grow and as you, like I said, find efficiencies.”

Lizzie Cramm, SaltWire’s Newfoundland president,
explaining the closure of four more company weeklies, including the Gander Beacon,
and the loss of another five jobs
July 9, 2018

On April 13, 2017, in the 15-month middle of a titanic, take-it-or-leave-it, we-can’t-afford-you labour war with his reporters and editors at the Halifax Chronicle Herald, Mark Lever stunned the region’s business and media world by buying up — can do you say “28-ing down”? — Transcontinental Inc.’s 28 Atlantic Canadian newspapers, including venerable regional dailies like the Cape Breton Post, the Charlottetown Guardian and the St. John’s Telegram, as well as four Transcon printing plants.

Lever immediately amalgamated these new toys with his own profit-hemorrhaging Nova Scotia media properties to create a grand — and grandiloquent — new media venture/adventure he called the SaltWire Network.

“Combing the essential element of Salt, which represents the sea that surrounds us, and Wire, a tool that connects and binds…”

Lever only managed to add all that legacy media baggage by paying $25 million he certainly didn’t have, which meant he almost certainly had to borrow at sky’s-not-even-the-limit interest rates in an unfriendly-to-media-properties environment. By doing so, he put the futures of both his new acquisitions and the family flagship 140-year-old Chronicle Herald at the mercy not only of the tsunamis sweeping away much of the mainstream media landscape everywhere but also of skittish Toronto-based lenders who are more interested in the future liquidity of SaltWire’s assets than in the future of “telling local stories.”

So how’s it all working out so far? For Lever? For his employees? For his lenders? For the rest of us?

Well, fewer than half of the reporters and editors who’d been pushed out onto the picket line in January 2016 returned to their Herald jobs when the 19-month strike finally whimpered to its inevitable end in August 2017. These days, the Herald’s even–more-emaciated-than-before newsroom is mostly filled with middle-aged white guys. Most of the women and the few diverse journalists on staff before the strike are gone: left, bought out, laid off.

Those who remain do their best, but the Herald has clearly lost its traditional, preeminent place as the news outlet of first resort. For many of us, that would now be the CBC in all its platform glory. Meanwhile, The Coast, Star Metro, allnovascotia.com, The Halifax Examiner, The Cape Breton Spectator, and others have all hived off key constituencies of readers the Herald used to consider its own.

The advertisers who used to see the Herald as the best way to reach their audiences? They’ve disappeared too. Mostly online where their customers are.

As for the rest of the SaltWire Network? Shrinking like a pricked balloon.

In Nova Scotia, the company has merged the previously paid-based Amherst News and Citizen Record into a single freebie community newspaper. The Queens County Advance and the South Shore Breaker have also become a single community paper.

The Truro Daily News changed its name to Truro News and its frequency to weekly. The New Glasgow News didn’t need a name change, but it too stopped publishing daily, becoming yet another weak weekly.

And this summer SaltWire announced it was moving the printing of its Charlottetown Guardian and the Summerside Journal Pioneer from PEI to Halifax, so the availability of the print edition on the island will now depend on the weather-related vagaries of the Confederation Bridge.

In Newfoundland, effective August 1, the company will shutter four paid-circulation newspapers in central Newfoundland — The Pilot in Lewisporte, The Advertiser in Windsor-Grand Falls, The Nor’wester in Springdale and The Beacon in Gander— and mind-meld them into yet another freebie giveaway, The Central Voice.

Like The Compass in Conception Bay North, which SaltWire also recently re-made into a giveaway, the new free Central Voice will be centrally managed… in St. John’s.

With the closing of all those physical newspaper offices, SaltWire says reporters will now work out of their homes. “Actually,” notes regional SaltWire president Lizzie Cramm, “we’re hoping they’ll be working from their cars [because] they’ll be out in the field, on the ground reporting, doing their stories…”

No word yet on when they’ll be asked to live in their cars.

So much for Lever’s “big strength” of telling local stories in local papers, of “not amalgamating, not putting the same copy in every paper.” So much for “what supports this network…”

None of this will come as a surprise to anyone who has been paying attention.

In fairness, Mark Lever is being swept along and out to sea — along the saltwire? — by many of the same forces that are bringing down large legacy media companies everywhere. The problem is that Lever himself chose to plunge into these turbulent waters at a time when everyone else was swimming away… or drowning.

Consider Postmedia. The mortally wounded end-result of decades of ill-advised, debt-building media mergers, expansions and acquisitions, Postmedia has just reported it lost yet another $15.5 million in the last quarter. Even after a swap deal with the Toronto Star that killed off almost 40 once-profitable small newspapers. Which will soon be followed by the closure of six more community newspapers and the end of the print editions of three others. Which will undoubtedly be followed by more cuts of, and to, its core business.

First, of course, there is the massive debt it built up and added to through all those mergers, expansions, etc.

Uh… wait a minute. Isn’t that what Lever mini-replicated with his Transcon acquisitions last year?

Postmedia’s second problem — endemic to newspapers everywhere — has been the collapse of its print advertising base. In the last quarter, Postmedia’s print ad revenue declined by another 16 per cent or $14.8 million, close to its reported overall loss for the period. (Because Postmedia, unlike SaltWire, is a publicly traded company, we get to see inside its mess…)

Meanwhile, over at SaltWire…

Even though print advertising is collapsing/has collapsed, Lever appears to have set himself on a kamikaze course of transforming his own reader-supported, paid-circulation community newspapers into advertising flyers with the odd bit of canned content.

The argument in favour of doing that might be that free distribution to everyone makes it easier for advertisers to reach more people. Except… the conventional counter-argument is that readers are less likely to read — and therefore see the advertising in — publications they didn’t ask to be delivered, let alone pay for.

That might make sense, except for the inconvenient reality that SaltWire is also busy making its own local newspapers less local by mashing them all together.

Perhaps Mark Lever is the chief author of his own misfortunes.

The short and the small of it all is that Lever is blandly, blindly traveling a well-trod path to self-immolation. Unfortunately, SaltWire’s employees — and its readers — will become collateral damage in his self-lit inferno.