Physician assistants: a fast easy small fix for what ails our health system

The Canadian Association of Physician Assistants may have jumped the gun when it welcomed ‘government’ legislation to allow them to practise in Nova Scotia. But it’s past time for the government to make it so. 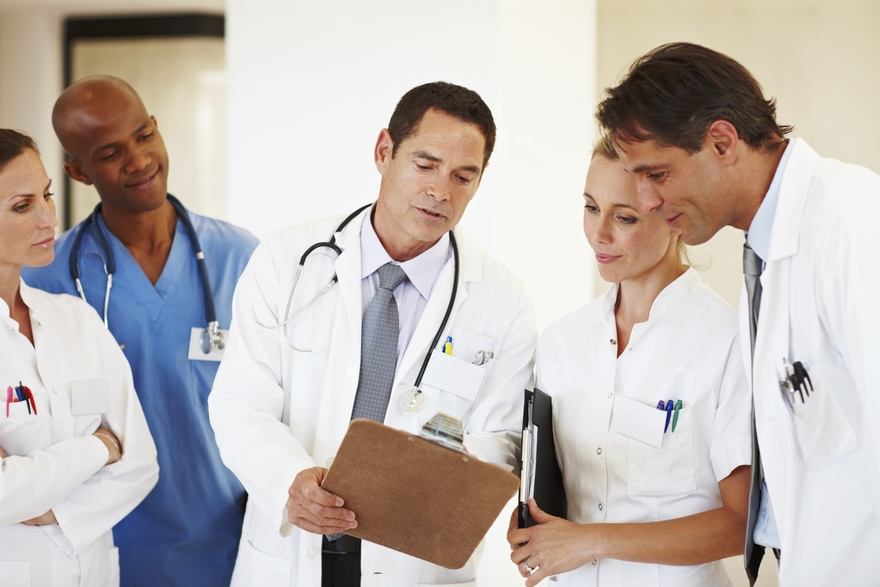 Portrait of a medical team busy having a conversation with each other. Reality not exactly as illustrated.

On October 20, NDP MLA Susan LeBlanc introduced Bill 33, the Physician Assistants Act, a private member’s bill “to establish the framework for the creation of an allied health profession of physician assistants.”

Two years before, Tammy Martin, another NDP MLA, introduced a similar bill. As with most private members’ bills, it died on the order paper.

That seemed the likely fate for LeBlanc’s as well.

This would be a big deal.

In case you hadn’t noticed, we are in the middle of a health care crisis.

As of November 1, 2021, 81,267 Nova Scotians are still in the queue, wishing/hoping/fantasizing they can find their own family doctor or nurse practitioner. If you’re counting, 3,571 more people are waiting on that waitlist today than just one month before. Which makes the current list the longest since Stephen McNeil’s Liberals started keeping score in 2018.

Which… well, do the math.

Brian Flinn, allnovascotia.com’s veteran legislative reporter, did. Currently, a whopping 8.2 per cent of the province’s population is without a family doctor.

Those numbers, of course, beget other numbers. If you need a knee replacement in Halifax, you can expect to wait 351 days — almost a year — for a consultation, then 716 days for your date with the knife. Consider yourself lucky. At the Aberdeen Hospital in New Glasgow, the estimated wait time just for a consultation is 1,961 days. That’s more than five years!

Another random un-random number: From April to September of this year, the Guysborough Journal reports its local hospital’s emergency department logged 636.5 “unscheduled hours of closure,” which was an increase of 60 per cent over the year before, all of it “related to physician coverage.” Or the lack thereof.

I know, I know. You knew all that. That’s the main reason why we elected Tim Houston’s Progressive Conservatives, whose unwavering one-note election campaign this summer lasered in on health care as our government.

Houston has rightly made it clear there will be no easy or overnight fix, but he insists his new government “remains committed to every health care promise he campaigned on to win this summer’s election.”

There is no specific mention of them in the PC election platform, but Houston, when pressed by reporters in September, allowed that “he’s also interested in bringing in practitioners that are not being widely used in Nova Scotia, including physician assistants.”

What exactly is a physician assistant? And why don’t we have them already?

In November 2019, I wrote a column for the Examiner about a then tentative, toe-in-the-water three-year, three-person pilot project the McNeil government was planning to see if it was really safe and helpful to let physician assistants work as part of an orthopedic team in our health care system.

At the time, the government was still waiting for the province’s college of physicians and surgeons to bless a process for overseeing these apparently dangerous outliers.

We’ll come back to that.

In the column, I quoted Brittany Belair, a Halifax woman who had graduated from the University of Toronto’s physician assistant program but was then working at Toronto Western Hospital, in part because physician assistants still weren’t allowed to work in Nova Scotia. She described PAs as “physician extenders:”

They don’t replace doctors or nurses. Like medical residents, they work with doctors under their supervision, doing routine jobs like assessments, meeting with patients before and after surgery, helping out in the operating or emergency room and writing prescriptions.

Essentially, they’re well trained to do what they do at a lower cost and help make the health care system work more efficiently and effectively.

“Everyone has their niche,” she says. “Everybody is important in taking care of patients. What we really need to focus on is patient care and providing more access to care quicker and in a more cost-effective way so we can take care of Nova Scotians better.”

So, are physician assistants some new, fanciful never-tried idea?

No. In fact, Fred Wu, the California-based president of the Society of Emergency Medicine Physicians, told a Halifax conference in May [2019] that 70 per cent of American emergency departments employ physician assistants. So does the Canadian military. Ditto for New Brunswick, Manitoba, Ontario. There are currently 650 licenced, trained and ready to work physician assistants in Canada.

Given that physician assistants have been accepted elsewhere as integral players in the health care system, and given that — as I wrote then and could still write, perhaps even more starkly today — “we have a five-alarm health care emergency in Nova Scotia… a shortage of doctors and nurses… emergency rooms keep closing. It’s a mess. It’s a crisis…” why did we even have to bother with a three-year pilot project? Why not just get on with it?

The answer, I suspect, had/has more to do with bureaucracy and professional protectionism than with health care or the needs of Nova Scotians.

The college of physicians and surgeons did eventually OK that pilot project, which is now in its second of three years. In the normal course of events, that would mean the pilot wouldn’t wrap until December 2022, after which it would need to be assessed, and reported on, and debated, and…

That’s why last month’s news release from the Canadian Association of Physician Assistants seemed so encouraging.

This important initiative is a giant step forward to expanding the PA model in the province… Expanding on the use of PAs will help address the critical health care challenges facing the province.

CAPA thanks the Government of Nova Scotia for recognizing the importance of the PA profession, making regulation a priority, and for taking this vital step at a critical time when the health care system has been stretched to the limit.

The problem? I couldn’t find any confirmation that the new government had indeed introduced legislation to regulate physician assistants. Google news searches turned up nothing. Ditto for text-based Hansard searches of legislature debates or government legislation.

So, I reached out to the CAPA for clarification.

It turns out the news release was more aspirational than real.

Kristy Corrente, the association’s manager of advocacy and stakeholder relations-east, acknowledged the legislation the release referred to is indeed that NDP “private member’s bill that has yet to be adopted by government. However,” she added, “we’re encouraged to be on the legislative agenda.”

Peter Thibeault, CAPA’s Nova Scotia director — he lives in Nova Scotia and had more than 30 years’ experience as a physician assistant in the Canadian military, but must commute regularly to remote James Bay in Northern Ontario to legally practice his profession — is eager to advance that agenda. “I am hoping to have a meeting with the minister of health to see where the government is in getting PAs working in Nova Scotia,” he messaged me.

Premier Houston, of course, could easily make CAPA’s — and our own — aspiration reality while taking another small but positive stutter step on the road to fulfilling his promise to fix health care.

He could simply pronounce the pilot project a success, which, by all accounts, it has been, shelve it and introduce priority legislation at the beginning of the next house sitting to make physician assistants legal in Nova Scotia.

It shouldn’t take long. The NDP’s undebated private member’s bills could serve as the new legislation’s basis. And there would be no shortage of already qualified physician assistants ready to answer the call. According to CAPA, there are 30 PAs currently living in Nova Scotia ready and eager to work in their home province.

“There are PAs who want to do this,” Thibeault told The Coast’s Lyndsay Armstrong in September. “They want to help our province.”

Over to you, Mr. Premier.