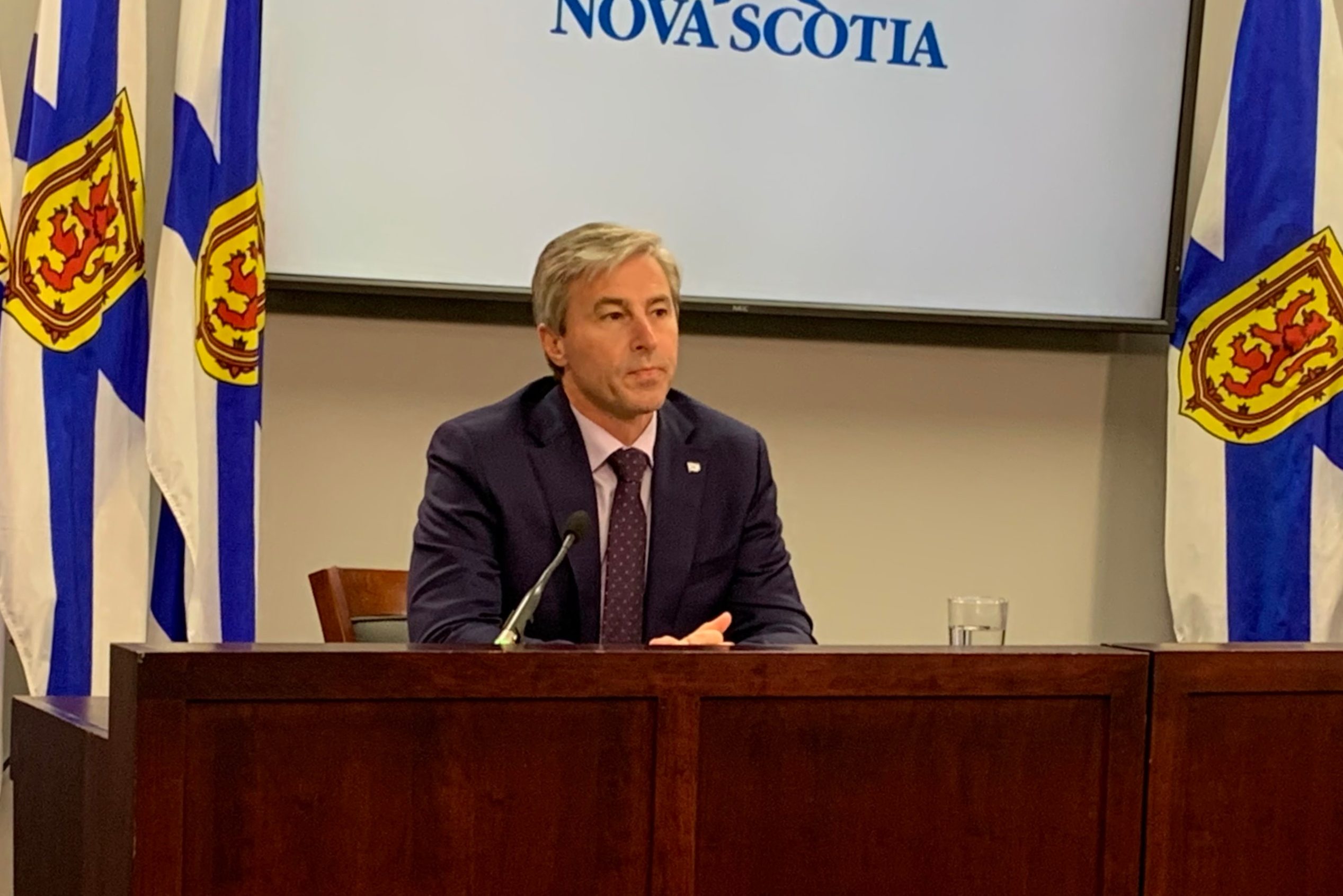 But among those 605 Nova Scotians who are not me but who were asked in a Narrative Research telephone survey conducted between November 2 and November 28, 2002 — it apparently takes a long time these days to find 605 people who still have phones and will not only pick up their phones but who will also agree to answer pollsters’ questions — 61 percent said they “remain highly satisfied” with the performance of Tim Houston’s government.

Not only did nobody ask me that question, but I’m also guessing they didn’t ask anyone on my Facebook or Twitter feeds either. But I digress.

A smaller percentage among the anointed 605 — 42 percent —said that if an election were held “today” (which is to say, apparently, on whatever day the person randomly happened to answer the call from Narrative Research’s phone bank during the month of November), they would vote to re-elect the Progressive Conservatives.

There was a still further reduction — Do we sense a pattern here? Perhaps we need another poll? — in the percentage of those who said they preferred Tim Houston as premier. Houston was number one but with just 35 percent among the select elect.

(To confuse the confusion, Angus Reid also released its quarterly premier performance rankings last week. It shows Houston with a 53 percent approval ranking, good enough for third place among Canada’s premiers. Does that mean he’s more popular in Canada than among his peers in Nova Scotia, or…?)

In Narrative’s Quarterly Survey, barely one-third of Nova Scotians (or 221.75 of the 605, with three-quarters of one person seemingly not fully committed) prefer the leader of the party that 42 percent of them would vote for, in part, one assumes, because 61 percent of them think the government he leads is doing a good job, even though they don’t like him all that much.

But then there are these other complicating percentages to ponder too.

Seven percent of those responding to the question about satisfaction with Houston’s government offered “don’t know/no answer/neither” as their non-answer.

When the question was about which party would they’d vote for if an election were held today, the percentage of those who didn’t answer, refused to answer, didn’t know or hadn’t decided ballooned to 37 percent.

Almost enough, in Nova Scotia, to form a majority government.

Another fun fact? Twenty-two percent of the 605 answered the preferred leader question with none of the above or no answer. That put none of the above in second place, slightly ahead of both the NDP’s Claudia Chender and the Liberal’s Zach Churchill.

Oh, and then there is this. The “overall results [are] accurate to within ±4.0 percentage points, 95 out of 100 times. The results are weighted by region, age and gender to reflect the overall Nova Scotian adult population.”

A question for you. Mathematically speaking, how many gender-fluid individuals among 605 does it take to “reflect the overall Nova Scotia adult population”?

So, let’s review. Theoretically speaking, 39 percent of respondents might prefer Tim Houston as their premier, but it’s also possible he finds favour with only 31 percent of them. And that doesn’t include “none of the above” and “no answer”?

Oh, and that’s one final thing. Nova Scotians don’t really get to vote in a provincial election until July 15, 2025.

So… this then. During the 1957 federal election campaign, John George Diefenbaker, Canada’s late and unlamented 13th prime minister, famously peed on political polling. “I’ve always been fond of dogs,” he told reporters. “They are the one animal that knows the proper treatment to give to poles (polls).”

He was, of course, trailing in public opinion polls at the time, but he went on to win that general election.

Nobody asked me this one either.

The Government of NS recently passed a law to help limit electricity rates for consumers. The new law limits non-fuel increases on electricity of 1.8% over the next two years and NS Power must use that portion of your bill to strengthen the power grid and improve reliability. Do you completely support, mostly support, mostly oppose, or completely oppose this new law?

According to The MacDonald Notebook, that is one of the questions MQO Research asked in a recent poll of an unknown number of Nova Scotians, supposedly seeking to gauge public opinion, among other matters, on the Houston government’s ongoing battles with Nova Scotia Power, with Emera, with the Utilities and Review Board and with anyone else who won’t “stand up” for electricity ratepayers like Our Tim.

Editor Andrew MacDonald initially suggested the Houston government is “obviously behind the poll.” Which made sense. MQO’s website lists both the Nova Scotia Government and also Nova Scotia Power among “a small sampling of its clients.”

Given the way in which the question is phrased, we can almost certainly rule out Nova Scotia Power as the client. Especially if we consider another question from the survey.

Does knowing some of your power bill will go to strengthening the power grid and improve reliability make you feel much better, a little better, the same, a little worse or much worse about the increase in consumer rates that is expected over the next two years?

The client for this survey clearly should not be the Government — taxpayers — of Nova Scotia.

This is a you-get-what-you-pay-for poll, not a disinterested, what-do-you-think-about-this poll.

How about this Tory self-serving softball on the carbon tax?

As you may or may not know, the federal government introduced the carbon tax as part of its plan to fight climate change. The federal carbon tax will add 14 cents to a litre of gas, 17 cents a litre to the cost of home heating oil. Using a a scale of one to 10 — in is not at all concerned and 10 is concerned — how concerned are you about the carbon tax?

“Well, yes, of course, I’m happy electricity rates aren’t going up as much as the power company wanted. But I’m not happy with the way in which the Houston government rode political roughshod over what was supposed to be an arms’ length, non-political regulatory process. And I worry that keeping the rates low will, in fact, undermine efforts to improve the grid and improve reliability. Plus, how will these artificially low rates impact much needed efforts to reduce carbon emissions? And the federal carbon tax? And… what was the question?”

Or not. Communications Nova Scotia later confirmed to MacDonald that the “government” had commissioned and paid MQO for the poll. The cost to us: $88,500.

I have a simpler, though perhaps no less disinterested poll for you today. No charge.

Should the Progressive Conservative Party pay for its own damn poll?

Will taxpayers end up footing the bill for this Tory propaganda?