The Herald strike is over. Now the hard part begins This column originally appeared in the Halifax Examiner on August 14, 2017

“I want to thank the arts community in particular and everyone in general for their tremendous support during the Chronicle Herald newsroom strike,” popular and influential longtime arts journalist Elissa Barnard wrote on her Facebook page last week. “I have decided not to go back.”

She was not alone. “After 29 years (or so), it’s time for me to pursue other dreams,” declared award-winning journalist Kelly Shiers.

“I have made the extremely difficult decision not to return,” added arts feature writer Andrea Nemetz, a finalist on several occasions for Atlantic Journalism Awards. 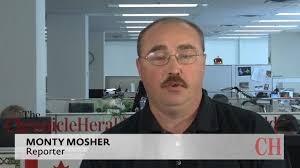 “It is with a heavy heart that I announce the end of my time with localxpress.ca,” noted the wonderful sports feature writer Monty Mosher about the now-shuttered localxpress.ca online publication he and the paper’s other reporters and editors had created to see them through their 18 months on the picket line. “It was a lifeboat in stormy seas.” Like others, he too had decided he could not go back. “I am also terribly sad to announce I will not return to the Chronicle Herald, a place I entered in 1984.”

Between the summer vacation snaps, the then-and-now anniversary photos, the shocked-and-appalled posts about that Google engineer’s biology-over-reason memo, the latest Trumpian outrage and, of course, those dead geese, my Facebook feed was flooded last week with journalists writing their own Chronicle Herald career obituaries and thank you notes.

Some of them, of course, were among those the paper had illegally attempted to lay off in the first days of the strike and who therefore knew this moment of final reckoning would come whenever the dispute finally ended. But others had spent much of the last 566 days trying to come to terms with the angsty reality that — almost no matter how things turned out, and no one expected them to end happily — their dream was over.

I remember Monty and Andrea and Kelly from their dreaming days in the School of Journalism basement at the University of King’s College. “My work was never for pay, only for passion,” Monty wrote in his farewell last week. “Being a sportswriter has been my life’s work and joy, but I have grown weary of the industry, and the misery of the 18-month strike has taken a toll I can’t begin to describe.”

There are no winners here. Even those who will return to the newsroom Tuesday — the survivors of a war of debasement and attrition by their employer that began long before the strike itself — will take no satisfaction from the fates of their colleagues, or comfort from what they are returning to.

Consider this. There were 61 reporters and editors at the pre-strike Herald. By the time it ended, thanks to attrition and the lure of other jobs, there were fewer than 50. But, under the terms of the new collective agreement, 26 of those journalists have now been laid off. I don’t know how many of those who can return have opted to take a buyout instead, but the number seems significant.

So the Herald — which still likes to bill itself as Nova Scotia’s newspaper of record and whose owners have often claimed it boasts the largest newsroom in the region — will now have a newsroom approximating that of allnovascotia.com, a very good online-only publication, but one that specializes only in business and politics and has no news bureaus in Nova Scotia outside Halifax. And it will be a shadow of the numbers of reporters the CBC’s Halifax newsroom can deploy.

To make matters worse, in the years leading up to this strike, the Herald fired, laid off or squeezed out most of its best young reporters as part of brutal, ill-considered slash-and-burn cost-cutting in its newsroom. I’d be curious to know how many of those returning to the paper tomorrow will be under 30… under 40. How many will be women? There are also questions that need to be answered about other forms of representation in what was — even before the latest labour dispute — a mostly white newsroom. During the strike, for example, the paper lost its most talented and experienced African Nova Scotian reporter, Sherri Borden Colley, to the CBC.

Let’s set aside, for the moment, all the other challenges Herald management faces as a legacy publisher burdened with aging, expensive and increasingly unnecessary infrastructure.

Now that the strike is over, it desperately needs to rebuild — or perhaps simply build— its newsroom capacity, which is the only “value-added” that will really matter if it is to have a journalistic future.

Given management’s track record before and during this strike, however, it’s hard to be optimistic it will be up to the task now.