Stephen McNeil, the offshore windfall and the royal ‘we’ 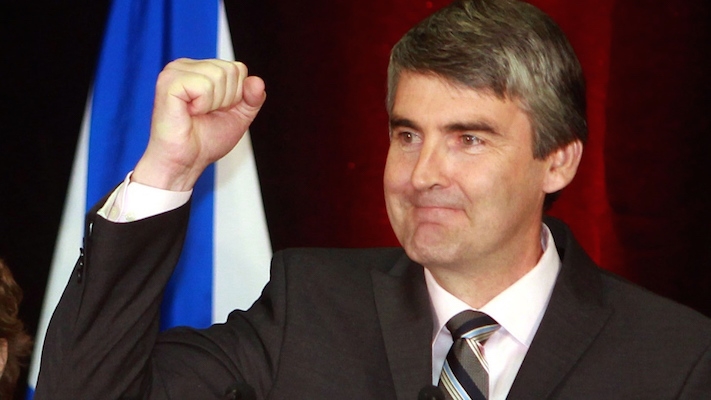 This column originally appeared in the Halifax Examine March 19,2018.

Stephen McNeil says “we” — and by we the premier certainly doesn’t mean thee or me — “had a healthy discussion” about how to spend a could-be $250-million windfall to the Nova Scotia treasury, thanks to a one-time recalculation of offshore royalties, thanks to a one-time arbitration decision that happened to fall in our favour.

Meanwhile, Nova Scotia Transportation Minister Lloyd Hines says he will dig deeper into our pockets to fork over $1.5-million to buy portable security equipment for the ferry terminal in Portland, Maine, so US Customs and Border Protection will continue to provide customs clearance for passengers arriving on the Yarmouth-Portland ferry, so the hapless service can continue to operate for another few years and so we can continue to pour even more taxpayer dollars into its bottomless pit of loss.

Declared Hinds with a similar — and all-too-familiar — royal we: “This, and I believe Nova Scotians agree, is a vital service to our tourism industry in Nova Scotia.”

Last week’s seemingly out-of-the-blue government announcements re: the windfall and the bottomless pit share the same dated father-knows-best worldview of political decision-making in which we, the voters, get to cast our ballots for a myriad of unconnected, disconnected reasons once every four years and then shut up for the next four while the government claims to act in our name.

Don’t get me wrong. While I believe spending even more public money on the ferry to nowhere-good is just plain dumb, I don’t disagree with most of what McNeil says the Liberals will spend the offshore windfall on.

Spending $120-million to almost fulfill a decade-old promise to provide high-speed internet for rural customers and help boost the rural economy, for example, is a good one-time investment.

The rest of the money, reports the CBC’s Jean Laroche, is being parceled out among a variety of worthy causes, from a $16-million envelope to help low-income Nova Scotians make their homes more efficient, improve needle exchange programs and offer job coaching for those with autism spectrum disorder; to $11-million to help Saint Mary’s build an “entrepreneurship, discovery and innovation hub” and another $5-million for Dalhousie’s DeepSense big data initiative on ocean research.

All worthy. All good.

But there were — are — all sorts of good and worthy ways to spend public money.

Start with the province’s debt. When John Hamm’s Tories were the recipients of an even bigger one-time offshore windfall in 2005, he resisted calls to put it to new spending and slapped every penny — $830-million worth of them — on paying down the province’s then-$12.5 billion debt.

MacNeil says he considered doing the same but, after that “healthy discussion” about which he spoke, decided against it. “If this had arrived on our desk in 2013,” he acknowledged of the windfall, “we probably would have had no options.” Thanks to his government’s most excellent fiscal management over the past four years, however, the province now has options.

Interesting. Back in 2013, the province’s net debt was a shade under $14-billion. Today it is a shade over $15-billion. And RBC projects it will nudge $15.5 billion by 2021-22. Thanks again to the government’s most excellent fiscal management?

I’m not suggesting McNeil should have chosen the debt bucket for the windfall. For all the most excellent reasons Tim Bousquet suggested in Friday’s Morning File — “Paying down the debt [today] would be akin to setting the money on fire” — it does make “far more sense to spend that money on capital projects that will help grow the economy.”

But which ones? Projects to improve a health care system in continuing crisis? To rebuild a film industry the Liberals decimated in the name of balancing the books? To deal with decades of infrastructure neglect?

The fact is no one asked Nova Scotians what they want.

It’s enough to almost make one nostalgic for former NDP Finance Minister Graham Steele’s annual pre-budget road shows. In the months before his government laid out its budget for the next fiscal year, Steele would travel around the province holding public community consultations in dozens of locations, during which citizens could lay out their own priorities and respond to the government’s. There was a website for people to submit comments, even an interactive page that showed how increasing spending in one area impacted others.

At one level, of course, it was a PR exercise designed to convince Nova Scotians to buy into the NDP’s increase-revenues-decrease-spending “back to balance” fiscal mantra. The Canadian Centre for Policy Alternatives rightly called the process “too limited and restrictive, and seemingly designed to produce certain outcomes.”

But at least somebody was asking Nova Scotians what they thought, and giving them an opportunity to express an opinion.

That’s definitely not the case today.