This column originally appeared in the Halifax Examiner May 22, 2018.

Mount Saint Vincent University grappled this month with a complex web of issues that will feel uncomfortably familiar to academics at plenty of other Canadian universities: how to (belatedly but quickly) increase the numbers of professors from traditionally under-represented Indigenous and other marginalized communities; how to (belatedly but quickly) add academically rigorous course offerings on important topics and issues that the university has historically ignored or marginalized; and how to do all that (belatedly but quickly) without placing the entire burden of “representing” those communities on the backs of academics who must be understood to be far more than the sum of the ethnicities from which they come.

All of that came together recently in History 3320, “Selected Topics in North American History,” a combined lecture-seminar course at the Mount that focuses on a different topic each year, “depending on the faculty member who is teaching the course.”

The professor: Martha Walls, a non-Indigenous professor whose research specialty is Atlantic Canadian First Nations history, with a sub-specialty in the experiences of 20thcentury Indigenous women. She’s written a book called no need of a chief for this band, published by UBC Press, a look at the Maritime Mi’kmaq and federal electoral legislation between 1899 and 1951. She’s also written articles about various Native issues in various academic journals, including the Canadian Journal of Native Studies, Acadiensis and the Journal of the Canadian Historical Association.

Perhaps not surprisingly, many critics stopped after “non-Indigenous.”

Canadian Press reported social media posters had decried the use of a “settler scholar” to teach such a course as yet another example of “historical appropriation and reinforcement of the systemic oppression of Indigenous people.”

In an ideal world, the Mount would already have an Indigenous scholar with both the expertise and also the eagerness to teach the course. But the academic world isn’t ideal.

While baby boomer retirements are slowly creating openings in many departments,government financial cutbacks mean many of those openings simply don’t get filled.

Elizabeth Church, the Mount’s academic vice president, says the university is actively recruiting qualified Indigenous applicants for its precious few faculty openings. One has recently been hired. There’s a search for another.

But nothing happens easily. Or quickly.

And there are courses the university could — and should — be offering now. “What we’ve tried to do,” says Church, “is listen to the different perspectives and really try to understand how to move forward in a way that is respectful and thoughtful.”

After the History 3320issue breached the viral social media surface, the university called a meeting between current Indigenous faculty and staff and Walls to consider a way forward.

Enter, stage far right, the solemn sounding Society for Academic Freedom and Scholarship, a non-profit organization promoting — in the words of its website — “reasoned debate on issues of academic freedom and scholarship.” 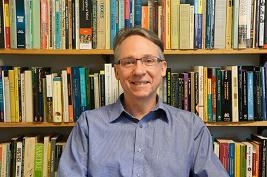 Its president, Mark Mercer, a Saint Mary’s University philosophy professor, jumped into the fray by publishing an open letter to the university, arguing “the race or ethnicity of the professor is not an academic ground and, thus, should not be a consideration” in choosing who will teach a course. He demanded the university “clearly and forcefully repudiate [the] false and pernicious” notion that “only Indigenous scholars can teach topics involving Indigenous people.”

Who — or what — is the Society for Academic Freedom and Scholarship?

Right-wing National Post columnist Barbara Kay describes the organization, which apparently operates out of a Quinpool Centre post office box, as made up of “accomplished, disinterested, ruthlessly honest academics united in visceral contempt for those of their peers who are willing to bend and manipulate the truth to serve their ideological ends.”

You may not be surprised to know that the fawning Kay has been a keynoter speaker at the group’s annual convention. As has the Globe and Mail’s conservative plagiarizer-in-chief Margaret Wente. Enough said.

Its board? Included among its number is one Tom Flanagan. Flanagan, of course, was one of the founders of the Reform Party, an advisor to Stephen Harper and a campaign manager for Alberta’s libertarian Wildrose Party.

His views on where Indigenous communities and interests should fit into the Canadian scheme of things were neatly summed up in his 2000 book, First Nations, Second Thoughts. “Call it assimilation,” he wrote. “Call it integration, call it adaptation, call it whatever you want: it has to happen.”

As Pamela Palmater, a New Brunswick Mi’kmaq lawyer and author of Beyond Blood: Rethinking Aboriginal Identity and Belonging  paraphrased Flanagan’s views in a review in the Literary Review of Canada: “Since First Nations in Canada are uncivilized and their governments produce ‘wasteful, destructive, familistic factionalism,’ they should not be entitled to self-governing powers, special tax exemptions or federal funding, but should be assimilated and their reserves divided up into parcels of individually owned, ‘fee simple’ lands available for sale to non-aboriginal people and corporations.”

The Society for Academic Freedom and Scholarship clearly represents far more than the sum of its supposed “reasoned debate” rationale.

As for me, I’d much rather listen to reasoned discussion offered by Sherry Pictou, a women’s studies professor at Mount Saint Vincent. A Mi’kmaq scholar from the Bear River First Nation (L’sitkuk), Pictou can claim Aboriginal credentials: she’s a former chief of her community, a former co-chair of the World Forum of Fisher People and a current collaborator for the Atlantic Indigenous Mentorship Network.

But her response to the current issue was as nuanced and reasoned as the knee-jerkers in the Society for Academic Freedom and Scholarship were not. Pictou says she has “full confidence” in Martha Walls — both as an historian and as an Indigenous ally — to teach Selected Topics in North American History: Residential Schools. The work of decolonizing, she told Canadian Press,“cannot fall just on the backs and labour of other Indigenous academics.”

And the discussion around such issues certainly should never be left to those who mask their own right-wing agenda under the benign-seeming cloak of a society for academic freedom and scholarship.