Can Mark Lever succeed where smarter, more experienced minds have failed? No (This column originally appeared in the Halifax Examiner April 17, 2017)

So Mark Lever — a twice failed, never succeeded businessman who has already managed to turn the Halifax Herald into the palest imitation of a newspaper by eviscerating its newsroom and alienating its readers while the Internet chows down on what’s left of his lunch — has managed to borrow millions he doesn’t have against assets he didn’t build in order to create an incongruously named company that didn’t exist a month ago to buy 28 more publications he still won’t know how to run in order to… Well, in Mark Lever’s alternate-facts reality, the reality that his audacious scheme makes no business, journalistic or common sense probably makes it make perfect sense to him.

Call it “innovation.” He would. As Lever himself wrote in a pontificating, bromide-filled screed in February 2016 — less than a month after he’d pushed the Herald’s  60 reporters and editors out of their jobs and onto the picket line — “the transformative change necessary for Nova Scotia to succeed will not be accomplished through status quo and business as usual.”

Transformative this deal is. Status quo and business as usual it is not.

But that begs… well, many questions. 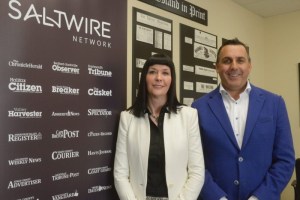 On Thursday, the day before the long weekend, Lever traveled to Charlottetown (far from picketing Herald journalists, or quibbling, querulous questions from business journalists) to announce his hastily created new company, the Saltwire Network, had acquired not only the Guardian but also 27 other Atlantic Canadian news organizations “from Corner Brook to Yarmouth, Cape Breton to Charlottetown, Halifax to St. John’s” to create “what is now the largest independently owned media network in the nation [and] home to the best journalists and storytellers in the region.”

Lever bought the newspapers, their websites, a standalone website, four printing plants and a distribution network from Transcontinental Inc.

But the print-on-paper news business has been cratering. Transcon reported $1.3 million in losses from its media holdings in the last quarter alone, and took a $30 million write-down bath on its newspapers outside Quebec last year.

Perhaps not surprisingly, Transcon has been desperately slashing costs, merging community newspapers in out-of-its-way communities like southwestern Nova Scotia and the Annapolis Valley, and selling off its newspapers in bundles in western provinces.

The situation isn’t improving. Last year, some of Transcon’s Atlantic Canadian dailies, including the Truro Daily News and Newfoundland’s Western Star, reported year-over-year circulation collapses of close to 20 per cent.

Don’t wonder why Transcon is rushing for the transcontinental exits in order to focus on its still profitable, Quebec-based core printing and packaging businesses.

But do wonder why anyone would want to buy them.

Well, for starters, Transcon insists that, while its Atlantic Canadian media holdings aren’t part of the company’s core assets, they are currently profitable. Estimates suggest the papers generate revenues of $66 million a year. And they include a lot of tangible assets, including printing plants, that could be packaged and sold off piecemeal, if necessary.

Enter Mark Lever. Forget that he has based his entire public bargaining strategy with his striking reporters and editors on “pleading poverty… Even when we agreed to major concessions,” union president Martin O’Hanlon complained last week, “it wasn’t enough for them.”

Lever claimed to the union that the Herald couldn’t sweeten its offer, in part2533 because it was saddled with an $18-million debt to Toronto-based Integrated Private Debt Corp., the amount the company still owed as the result of its ill-advised 2003 purchase of a $26-million “state of the art” Wifag printing press. 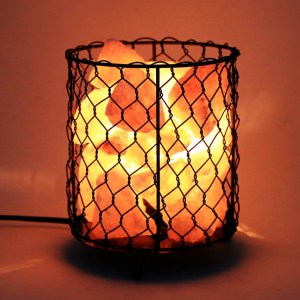 Now Lever is turning to the same private banker to finance his latest transformative, un-status-quo, minnow-swallowing-a-whale experiment known as the Saltwire Network.

Private bankers usually show up when conventional lenders decide a loan is too risky. (See PostMedia.) To reduce their risk, they not only charge high interest rates but also require the lender to put up physical assets — printing presses, buildings, transport fleets, etc. — as collateral. If things ultimately don’t work out, well, they can always sell off the assets. And they’re usually first to the divide-the-spoils table if things do go wrong.

Lever isn’t saying how much he borrowed to buy Transcon’s assets, or what assets — or whose future — he had to put on the block to make the deal.

In his official public statement, Lever tried to sound upbeat, declaring that all of Transcon’s 650 employees in the region will be offered jobs “in the same capacity with the same salary and same benefits that they have now… Certainly today, there are no plans for cuts.”

At the same time, he told the CBC: “we’re going to examine each market on its own merits and each operation to make sure we have the appropriate staff complement to make it successful going forward.”

History does not provide much hope. Modern Canadian newspaper history, in fact, is littered with ambitious media companies and contenders — Southam, Conrad Black, the Aspers, CanWest Global, Transcon — that borrowed heavily to create their own moment’s “biggest” and “best,” only to quickly cut back, lay off, close, squeeze and shutter when the bills came due.

Their journalists — and their readers — paid the price.

Can Mark Lever, who grandly, glibly, giddily claims his own “transformative” purchase of  the Atlantic assets of Transcontinental “gives us renewed relevance in the world of Google and Facebook,” succeed where far smarter, far more experienced minds have failed?

See paragraph one above.