Stephen Kimber > Freelance > Halifax Examiner > Are you better off?… This column originally appeared in the Halifax Examiner on September 5, 2017.

As someone who has spent most of his life living to the rhythms of academia of one sort or another, I always think of the day after Labour Day as the real New Year’s Day, an annual day of stock-taking, resolution-making and future-fantasizing.

Which inevitably brings me to this question. Are we — the collective Nova Scotian “we” — better off today than we were a year ago? Five years ago? Twenty years ago? Are we more — or less — optimistic about our own futures, and the futures of our kids and grandkids? If we aren’t better off and we’re less optimistic, what is the reason for that? And what, if anything, are we going to do to change that what?

In April, on the eve of the last provincial budget and on the edge of the provincial election that would give Stephen McNeil’s Liberals four more years of do-with-us-as-you-will majority government, the progressive Canadian Centre for Policy Alternatives released its own alternative budget. As part of that process, it offered this dismal laundry-list report card on the fiscal well-being of our province and its people at this time: 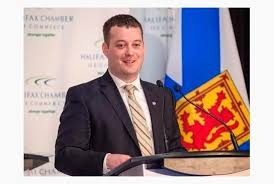 You would think Finance Minister Randy Delorey’s spring budget had been crafted on an alternative planet. He spoke glowingly about his own government’s sound fiscal management (aka deep program cuts), which had created those back-to-back surpluses that enabled him to announce not only a middle class tax cut but also new happy-times spending and a “host of new programs” aimed, as CBC reporter Michael Gorman put it, “at every key voting demographic.”

All that new spending, of course, couldn’t come close to restoring all the cuts the government had already made in order to balance its books, and the government had decided the bill for its spending would be paid for on the backs of public servants, who would not only lose their right to bargain collectively but whose spending power would also be curtailed to the detriment of business and the economy.

Still, it all sounded good in an election year.

And there was also the sugar plum promise that, if we re-elected them, the Liberals would keep on reporting surpluses until at least 2020-21 when they would come back to promises even  more.

Well, we did re-elect McNeil, Delorey and their lot. Are we really better off as a result of their first four years? Will we be better off at the end of the next four?

Not if the past is any primer.  Successive Nova Scotia governments have been cutting our way to prosperity since at least 1993, when John Savage’s Liberals took power. Since then, we’ve rotated our way through all the major political party food groups: the John Hamm-Rodney MacDonald Progressive Conservatives (1999–2009), Darrell Dexter’s New Democrats (2009–2013) and now full circle to Stephen McNeil’s Liberals (2013–).

With a few modest tweaks and twinkles, they have all governed in the same way with the same goal — cut spending on salaries and programs in order to balance the budget, cut taxes on businesses in order to… well, we’ve never quite gotten there yet — and with the same outcomes.

If at sixth, you still don’t succeed… perhaps you’re doing it wrong.

The Nova Scotia legislature will reconvene on September 21, 2017. Five days later, Randy Delorey will re-introduce his budget. A fresh start or just more of the same? What should we do differently? Discuss.