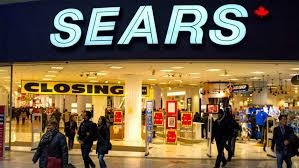 This column originally appeared in the Halifax Examiner on July 10, 2017.

On Friday, I was mindlessly meandering the aisles of my local Superstore, foraging for food and filling time, when I chanced on a conversation at the pharmacy. A man was paying for a prescription.

It turned out he is one of 2,900 Sears Canada workers at 59 Canadian stores, including three in Nova Scotia, who will lose their jobs — and much more — in the latest chapter in the company’s seemingly endless, downward-spiral into “restructuring plan under court protection from creditors.”

The man is 64; he’d worked for Sears for more than 30 years. And he isn’t just losing his job and the family medical and dental benefits that go with it. The company has announced it won’t be providing a severance package to him or the others it will soon jettison, nor will it continue to pay those currently receiving promised monthly severance payments as a result of earlier layoffs.

On Thursday, the company will go to court to suspend monthly payments it had been making to its under-funded defined benefit pension plan and suspend retiree health benefits for 6,000 retirees

A mealy-mouthed corporate mouth puppet mumbled on about “cash constraints” and “challenges.” 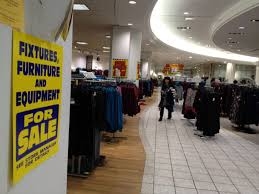 Consider one of those others: “vulture” hedge fund billionaire and Sears controlling shareholder Eddie Lampert. While there is no question the retail sector has fallen on hard times and that many other companies have failed to weather the storms brought on by changing demographics and the pressures of online retailing, veteran business reporter Alan Freeman notes that Lampert has not simply presided over the company’s “long sad decline” but that he has, in fact, goosed it along by stripping Sears of its most valuable assets while reaping huge profits. Writes Freeman:

“Miraculously, he has managed to line his pockets while thousands of employees have lost their jobs and are watching their retirement plans melt in the summer sun. In November of 2013, Sears Canada announced a $5-per-share special divided, a total of $509 million — half of which went to Lampert and his Sears Holding Corp. in the U.S. A year earlier, it had issued a similar dividend of $102 million.”

Sears employees and its retirees won’t be the only ones left holding air while Lampert and others count their cash. As retail consultant Jim Danahy told the Financial Post: “The large and small companies who employ people to make the goods that are sold at [insolvent retailers like Sears] are [also] typically the victims in this situation.”

“Our bankruptcy laws are such that a company can do that. That is where the problem lies. We can talk about Sears Canada’s actions being unfair and inequitable, but it is certainly not illegal.”

Surely, it is time to change that, time for our parliamentarians to put the rights of workers ahead of — or at least on par with — the rights of bankers and vulture capitalists. 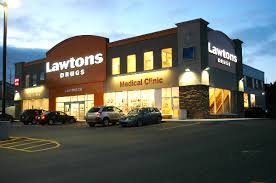 The Sears situation reminded me of just how little serious labour reporting there is in this country, especially here in Atlantic Canada.

Last week, the Supreme Court of Nova Scotia dismissed yet another application by Sobeys-owned Lawtons Drugs for a judicial review of a 2015 Nova Scotia Labour Board ruling that found the company had deliberately “adopted uncompromising positions with respect to the negotiation of wages, and holidays and other leaves, without reasonable justification.”

The original ruling involved an application from the United Food and Commercial Workers Union Canada. In 2014, employees at Lawtons Scotia Square branch chose the union to represent them — the first Lawtons retail operation to be unionized — and the union had begun trying to negotiate a contract. After eight months of fruitless negotiations, the union asked the board to impose a first contract.

It’s worth noting that the union’s application was not filed under a controversial first-contract law the Dexter NDP government passed — which Sobeys and other big employers had lobbied loudly against — but under a de-fanged version introduced by the business-friendly Stephen McNeil Liberals.

Which made it “an important test case” and one that should be worthy of ongoing media scrutiny.

The labour board eventually determined that the company had engaged in unfair stalling tactics, even under the watered down law.

Sobeys went to court to prevent the board from even publishing the full — and highly critical — reasons for its decision. Last year, the judge in that case turned the company down, citing what he called “the astonishing history” of negotiations.

Undaunted, Sobeys asked for a judicial review, claiming the board had erred when it claimed the company failed to provide information on wages. That’s what the Supreme Court dismissed last week, declaring there was “no evidence that Lawtons had been prevented from marshalling the evidence” it claimed supported its position.

I read the story about this latest turn in what has been described as “an important test case” last week on the subscription-based business publication AllNovaScotia.com.

Wanting to find what else had been reported I did a Google News search on “Lawtons.” And discovered a U.S. news report that “the Seneca Nation of Indians has formally entered into an agreement with North Collins to provide fresh, clean drinking water for 37 families in the Hamlet of Lawtons.” But nothing from any Google-searched publication on the court’s decision in the Lawtons labour board case.

I tried again, searching on “Lawtons” and “contract” this time, and  found a number of stories about former NHL hockey player turned commentator Brian Lawton who was commenting on rumours of a contract deal for Edmonton Oiler Leon Driasaitl.

But nothing on the story I was looking for.

I even did a search on Local Xpress. The only reference to Lawton was in an obituary.